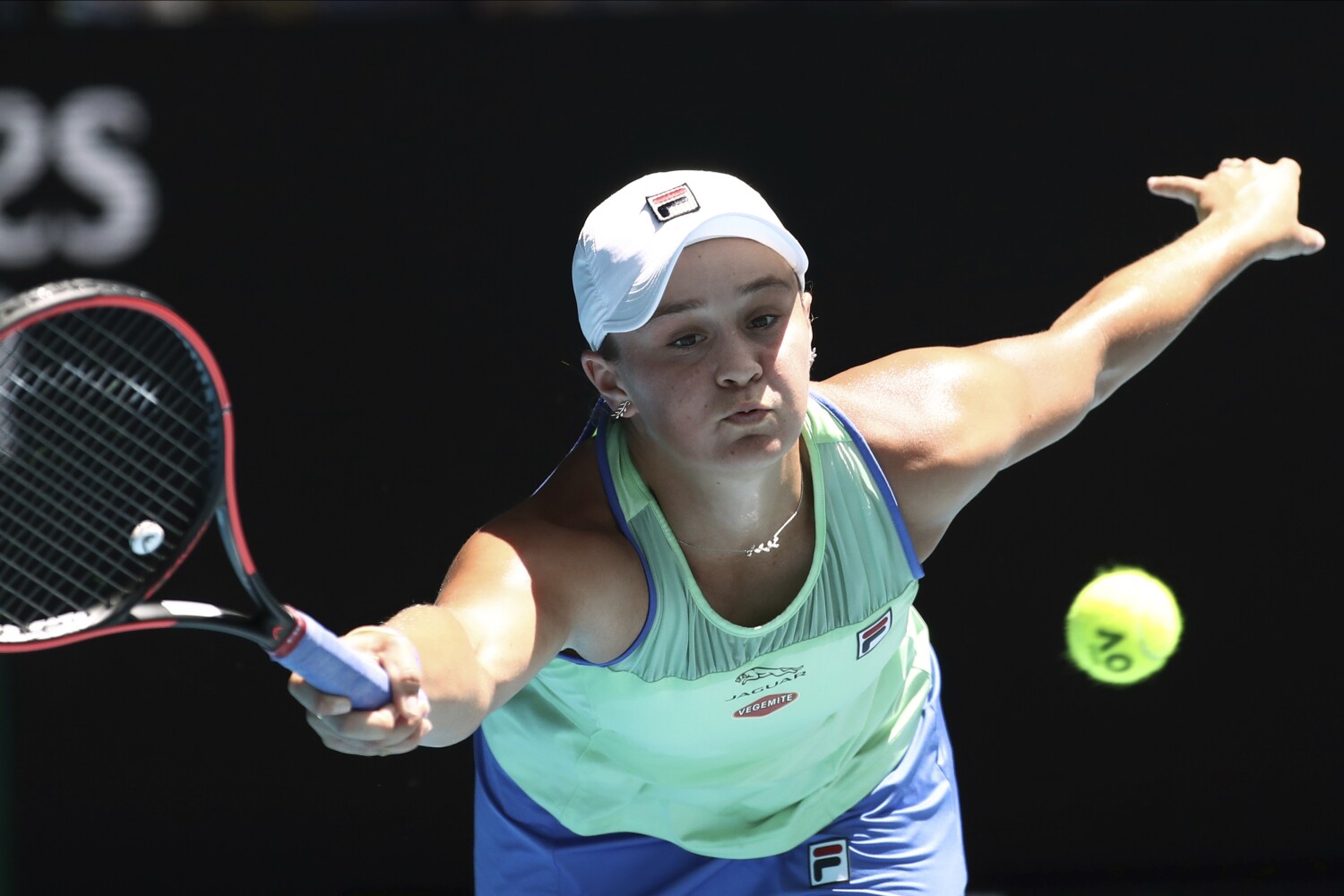 Ash Barty of Australia, the world’s top-ranked female tennis player, said Wednesday she will skip the U.S. Open because of her concerns about the risks posed by the COVID-19 pandemic.

The tournament is scheduled to be played Aug. 31 through Sept. 13 without fans in attendance. Usually the last Grand Slam in the calendar year, it would be the second contested this year: the Australian Open took place in January, before the coronavirus shut down the sports world, Wimbledon was canceled, and the French Open was moved to a late September start.

Barty said in a statement she will also skip the Western and Southern Open, which is scheduled to precede the U.S. Open at the same site, the U.S. Tennis Association’s Billie Jean King National Tennis Center in New York.

“My team and I have decided that we won’t be travelling to the U.S. for the Western and Southern Open and the U.S. Open this year,” she said. “I love both events so it was a difficult decision but there are still significant risks involved due to COVID-19 and I don’t feel comfortable putting my team and I in that position.

“I wish the USTA all the best for the tournaments and look forward to being back in the U.S. next year. I will make my decision on the French Open and the surrounding WTA European tournaments in the coming weeks.”

Barty won the French Open in 2019. The dates this year were pushed back from the traditional late spring timing to take place Sept. 27-Oct. 11.

Other familiar names were missing when the Western and Southern Open announced its initial singles entry lists on Wednesday. Also absent among the women was world No. 2 Simona Halep, who has said she doesn’t plan to compete at the U.S. Open. She also pulled out of a scheduled tournament in Palermo, Italy, next week, citing “anxieties around international air travel at this time.”

The Palermo tournament is supposed to restart the women’s tennis calendar. The Western and Southern Open entry list also does not include No. 5 Elina Svitolina, No. 6 Bianca Andreescu (the defending U.S. Open champion), and No. 10 Naomi Osaka. Serena Williams, ranked No. 9 in the world, is scheduled to compete.

Among the men, the absence of No. 4 Roger Federer from the Western and Southern Open field was expected because he’s recovering from knee surgery and won’t play again this year. Also not on the entry list were No. 9 Fabio Fognini and No. 17 Stan Wawrinka.

This day in sports: Al Davis looks to move Raiders from L.A.