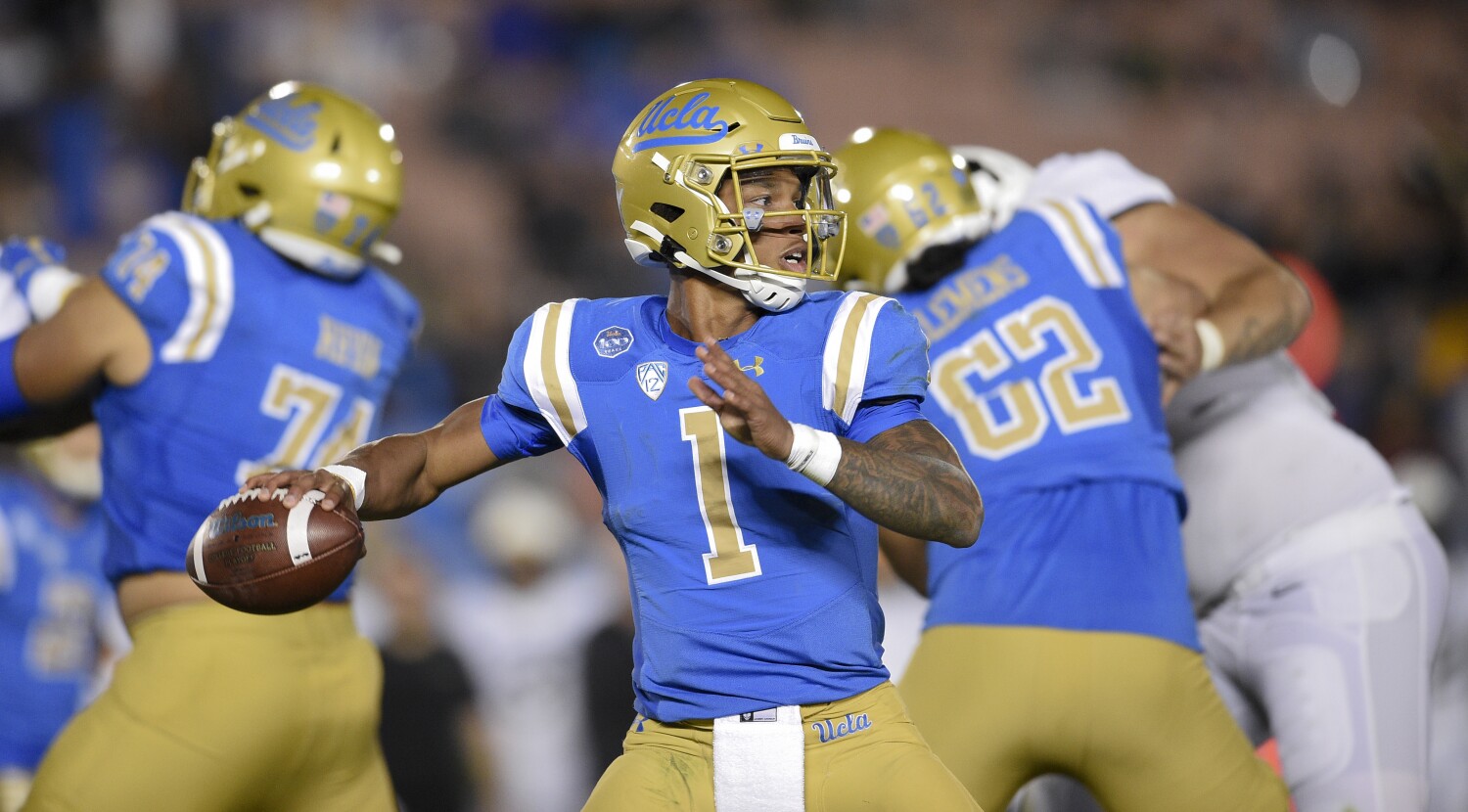 California, initially slated to be the Bruins’ final opponent, could instead kick off their schedule on Sept. 19 in Berkeley.

USC, the archrival who traditionally plays UCLA around Thanksgiving, now could face the Bruins on Sept. 26 at the Rose Bowl in what would be the teams’ first meeting in that month since 1945.

This all assumes, of course, that games will be played and are not pushed back or canceled as a result of the COVID-19 pandemic that already has led to the elimination of nonconference games and a delayed start to the season.

The scheduling changes, part of a working model still being discussed, were first reported by Bruin Report Online and confirmed by two people close to the football team with access to the new proposed dates.

UCLA’s 10-game schedule also would include home games against Stanford, Arizona, Utah and Washington State at the Rose Bowl as well as road games against Arizona State, Colorado, Oregon State and Washington, on dates to be determined. The only opponent added to the Bruins’ original 2020 schedule is Washington.

The Pac-12 Conference is expected to release its football schedule after university chancellors and presidents confer remotely Friday to discuss the matter. The date for the Pac-12 championship game at Allegiant Stadium in Las Vegas is being left as tentative, allowing for maximum flexibility in the event it needs to be changed from early December.

If UCLA opened the season Sept. 19, as proposed, it would need to start training camp around Aug. 21, which might be difficult given the recent surge in coronavirus cases that has placed Los Angeles County on the verge of more severe restrictions. UCLA has not revealed the number of positive coronavirus tests among athletes who have returned to campus, but one person close to the situation said the figure was less than 10.

Playing Cal and USC, their two biggest rivals, to start the season would give the Bruins extra time to make up the games later on built-in bye weeks if needed because of coronavirus concerns. The Golden Bears and Trojans are also essentially Pac-12 neighbors, geographically, lessening travel risks associated with the pandemic.

But the changes represent a major shift in terms of strength of schedule. The Bruins originally were scheduled to open the season against New Mexico State and Hawaii, nonconference teams with far lesser pedigrees than Cal and USC. The Golden Bears are considered a team on the rise under coach Justin Wilcox and the Trojans are again loaded with talent, including wunderkind quarterback Kedon Slovis.

UCLA coach Chip Kelly has not won a nonconference game in two seasons at the school. He is 0-6, including 0-4 against Group of Five opponents.

MLS: Galaxy must win to have chance to advance; LAFC is in