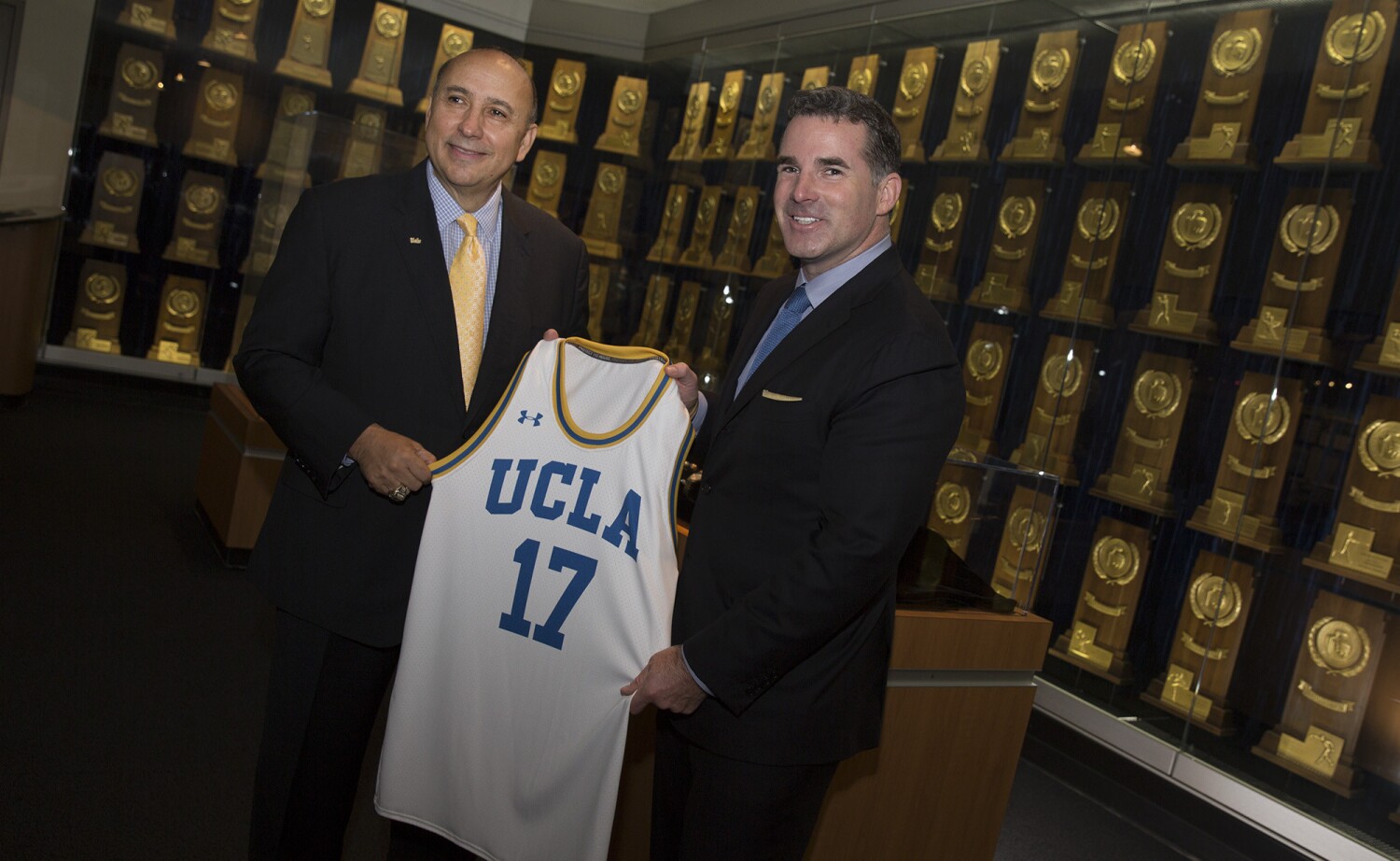 Under Armour has informed UCLA that it wants to terminate the record-setting $280-million deal the apparel giant signed with the school in 2016, a potentially financially crippling move that the Bruins intend to fight.

In a letter to UCLA constituents, outgoing athletic director Dan Guerrero wrote that “we are exploring all of our options to resist Under Armour’s actions and will share more information as we can. We want to reassure you that UCLA Athletics remains committed to providing our hard-working staff and student-athletes with the footwear, apparel and equipment needed to train and compete at the highest level.”

Any loss of revenue would be doubly devastating to a UCLA athletic department already facing a massive budget deficit even before the pandemic led to the cancellation of spring sports and endangered the fall sports calendar. The department took on an interest-bearing loan from the university to cover an $18.9-million shortfall for the 2019 fiscal year and is expected to go further into the red in 2020.

Under Armour agreed to a 15-year contract with UCLA in 2016 that was the richest shoe and apparel sponsorship in college sports history, replacing a deal the Bruins previously held with Adidas that expired in the summer of 2017. The deal gave Under Armour a flagship program on the West Coast while providing UCLA with a massive infusion of cash and athletic apparel.

As part of the agreement, Under Armour paid UCLA $15 million up front in addition to roughly $11 million per year in rights and marketing fees. The apparel company also agreed to supply the school with an average of $7.4 million in clothing, shoes and equipment each school year while contributing $2 million over an eight-year span toward athletic facility upgrades.

Should UCLA and Under Armour part ways, the school would seek a new apparel deal, presumably with one of the other major players in sportswear. UCLA had fielded offers from Nike and Adidas before picking Under Armour four years ago.

Dodgers fail to support Dustin May in loss to Padres