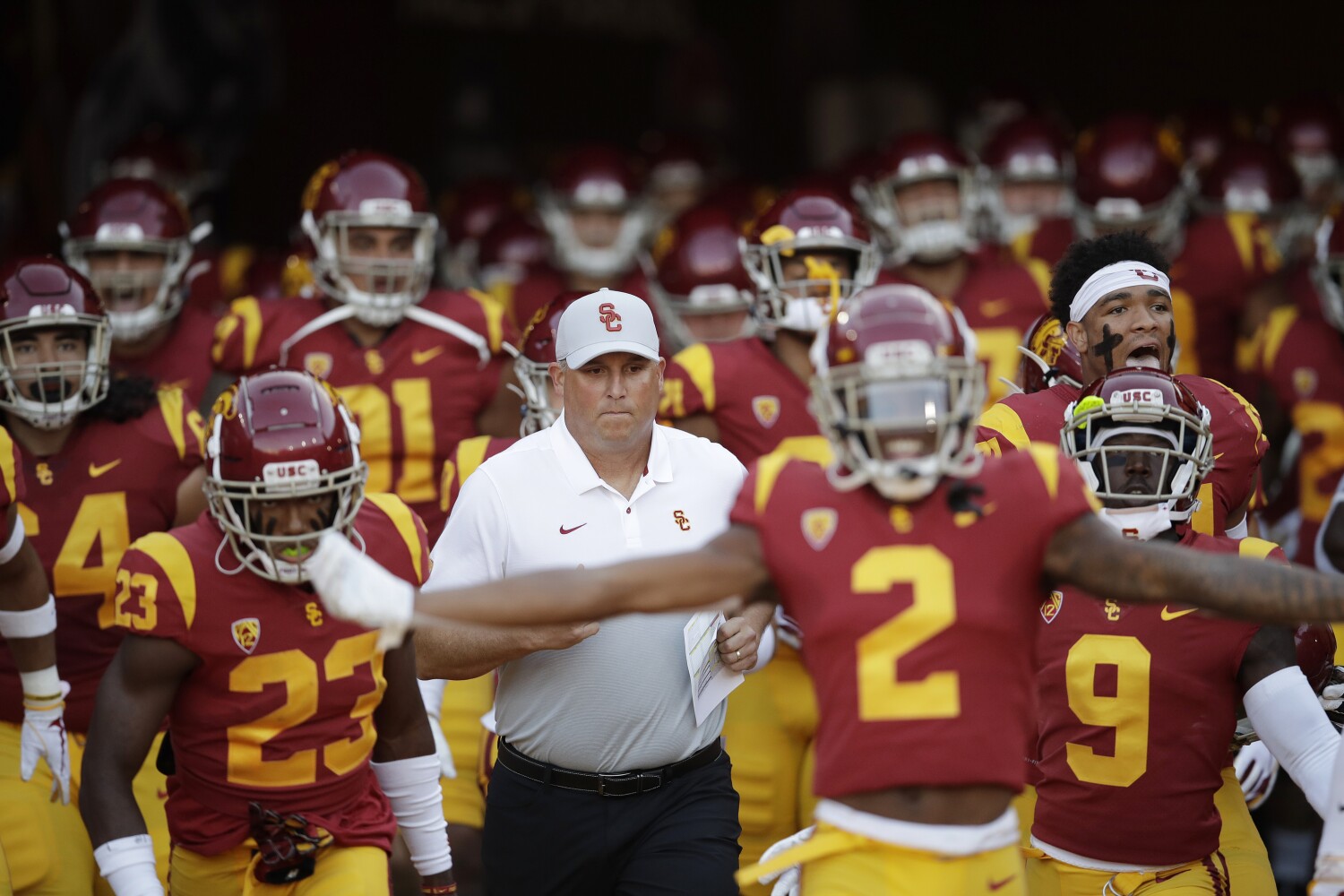 While the coronavirus continues to surge through Southern California, the latest round of testing on USC’s campus yielded some hopeful results.

USC reported zero positive cases out of 120 tests this week, with two weeks remaining until the tentative start of its fall football camp. It’s the first round of testing conducted at USC that’s yielded zero positive tests since athletes began returning to campus in mid-June.

The athletic department has conducted 437 total tests, with seven positives.

USC entered Phase 3 of its offseason workouts July 13, with incoming freshmen allowed to join the roster. When they’ll be able to move past that phase, with actual physical contact, remains to be seen.

This day in sports: Ervin Santana throws no-hitter for Angels