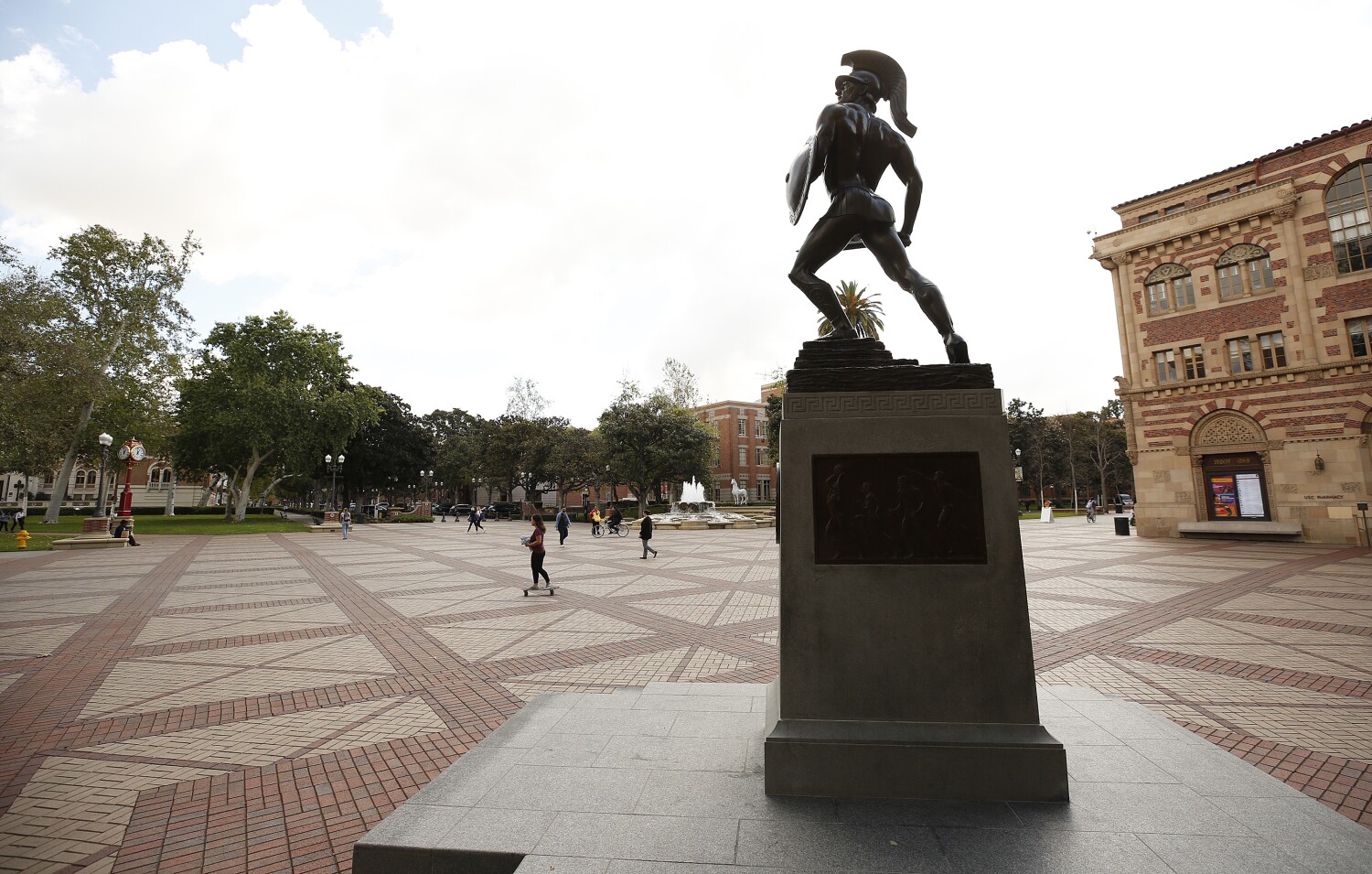 One USC student-athlete has tested positive for COVID-19, the school said in a statement Friday.

The news comes after the Trojans began letting some local players return to campus Wednesday for voluntary summer workouts. Before they were allowed on campus, they had to take a COVID-19 test. The school said it tested 69 players, including 56 from the football team, and that one came back positive. The school did not disclose what sport the athlete plays.

USC is still in the first phase of its plan to restart sports amid the novel coronavirus outbreak. Currently only players on the football, men’s and women’s basketball, women’s soccer, women’s volleyball and men’s water polo teams who attended USC last year and reside within a one-hour commute of campus are being allowed to return.

A COVID-19 test is one of several pre-participation requirements athletes must complete before beginning activities. The school said in a Tuesday statement that its athletic department’s medical staff “will make the final determination on a student-athlete’s clearance to participate in voluntary workouts.”

The Trojans previously stated that any athlete who tests positive for COVID-19 will receive medical treatment and be required to isolate until cleared. The school is providing quarantine housing and will also use contact tracing to determine if others had been exposed.

“The reality is that we expect to have positive tests and outbreaks in our university community, including in Athletics,” USC’s chief medical officer Dr. Sarah Van Orman said in a statement this week, before the positive test was announced. “We have been very thorough in planning for such occurrences and to prevent the spread of the virus. Our medical and planning team has done an outstanding job in preparing protocols and procedures for a variety of scenarios related to COVID-19. We are committed to protecting the health and safety of our USC community.”

Five takeaways from the Lakers’ win over the Clippers

Coronavirus layoff has led to mixed results for Angels players