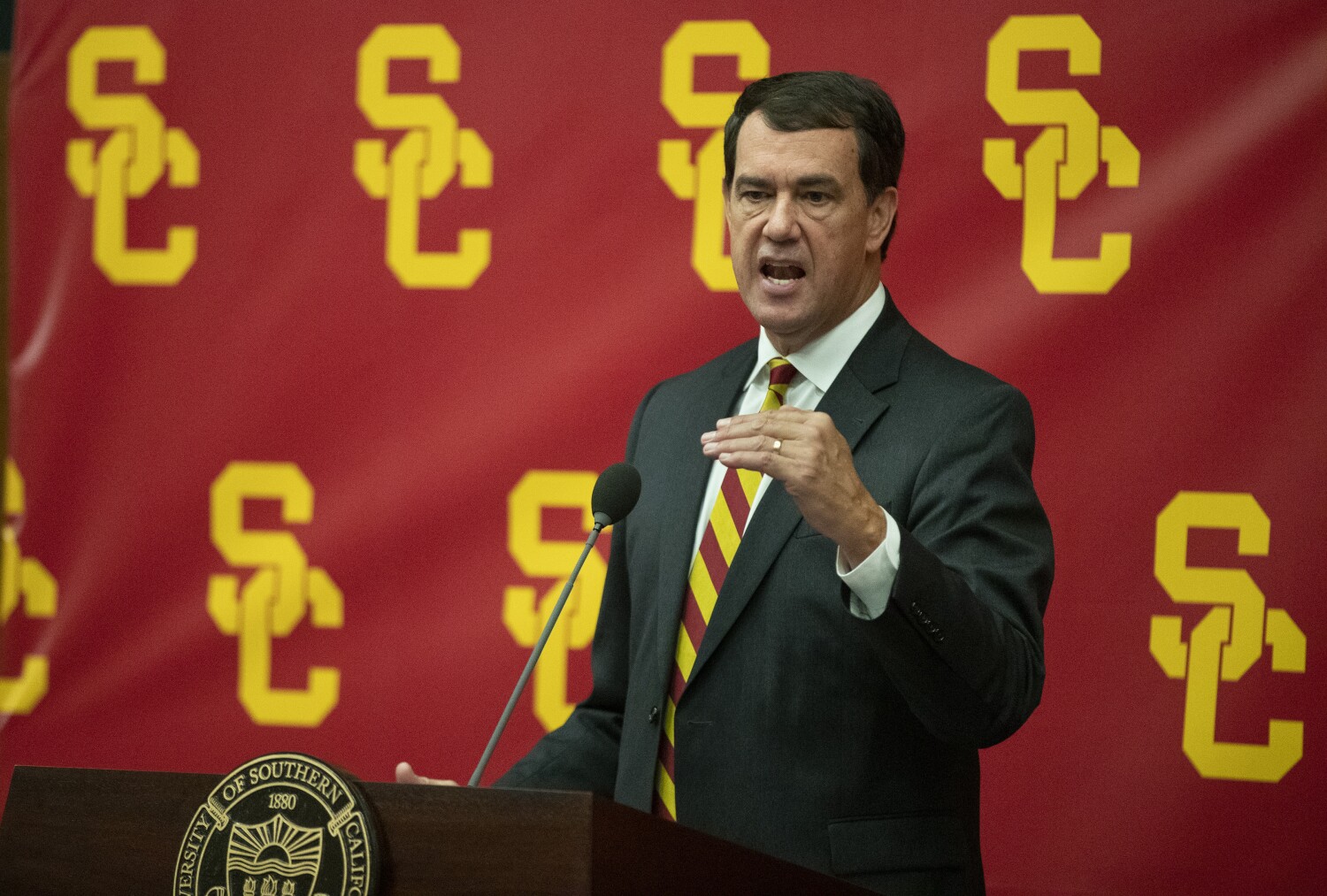 Just a few hours after the Pac-12 announced its new football schedule, with the crosstown rivalry between USC and UCLA set for opening weekend, USC athletic director Mike Bohn wrote Friday night to donors that the game was “likely” to be moved to a later date.

The conference-only slate is set to open Sept. 26, with the Trojans and Bruins meeting for the 90th time at the Rose Bowl. But with open dates built into both rivals’ new schedules and neither team cleared for contact by Los Angeles County, the game could be moved to Oct. 31 or Dec. 12.

“It is true that, at this time, we do not have state, county, or university clearance for traditional practices and competitions,” Bohn wrote. “Additionally, we have not received any indication about if fans will be permitted to attend home games at the Coliseum this year should the season go forward, and we do not have any timeline for when this decision would be made by public health officials.”

Pac-12 Commissioner Larry Scott acknowledged the possibility earlier in the day that some member schools might not receive approval to play by the Sept. 26 date.

“If schools can’t start then, if they can’t get a safe on-ramp for the start of the season, like everything with this, we’ll reevaluate along the way,” Scott said.

With its rivalry game kicked to either October or December, USC is likely to open the season hosting California on Oct. 3 — if there is a season. UCLA would face off on the same date on the road against Oregon State.