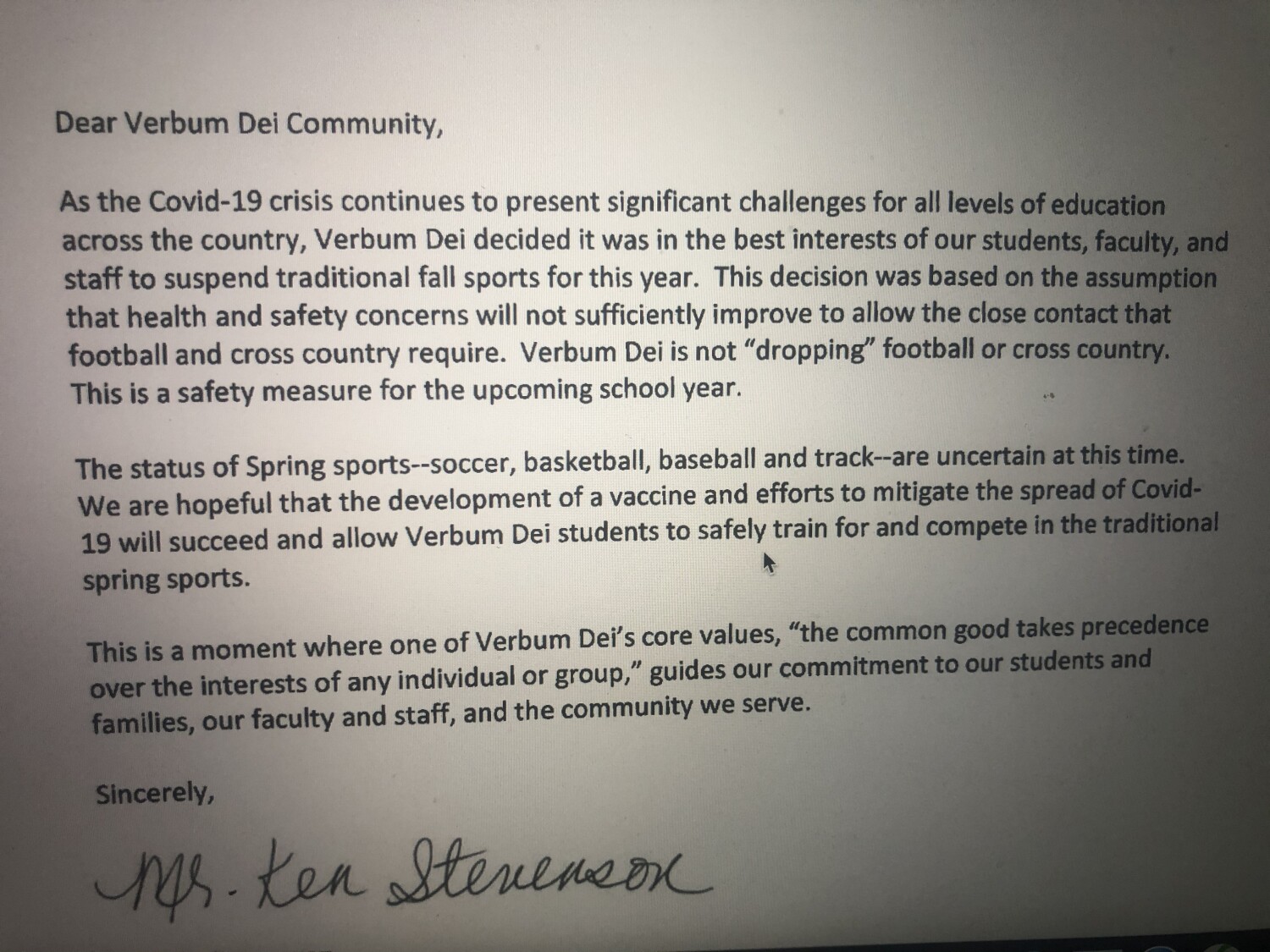 Los Angeles Verbum Dei, an all-boys Catholic school in Watts, announced that it will suspend its football and cross-country teams this fall as a safety measure because of COVID-19, according to a letter sent out by athletic director Ken Stevenson to the Verbum Dei community.

The California Interscholastic Federation announced a new calendar for 2020-21 earlier this week based on sports beginning in December or January. The Southern Section announced that football practice would begin Dec. 14 for schools if county health departments approve.

Stevenson said the decision was based “on the assumption that safety and health concerns will not sufficiently improve to allow the close contact that football and cross country require.” Both teams will return in the fall of 2021.

Lakers to open NBA restart against rival Clippers on July 30