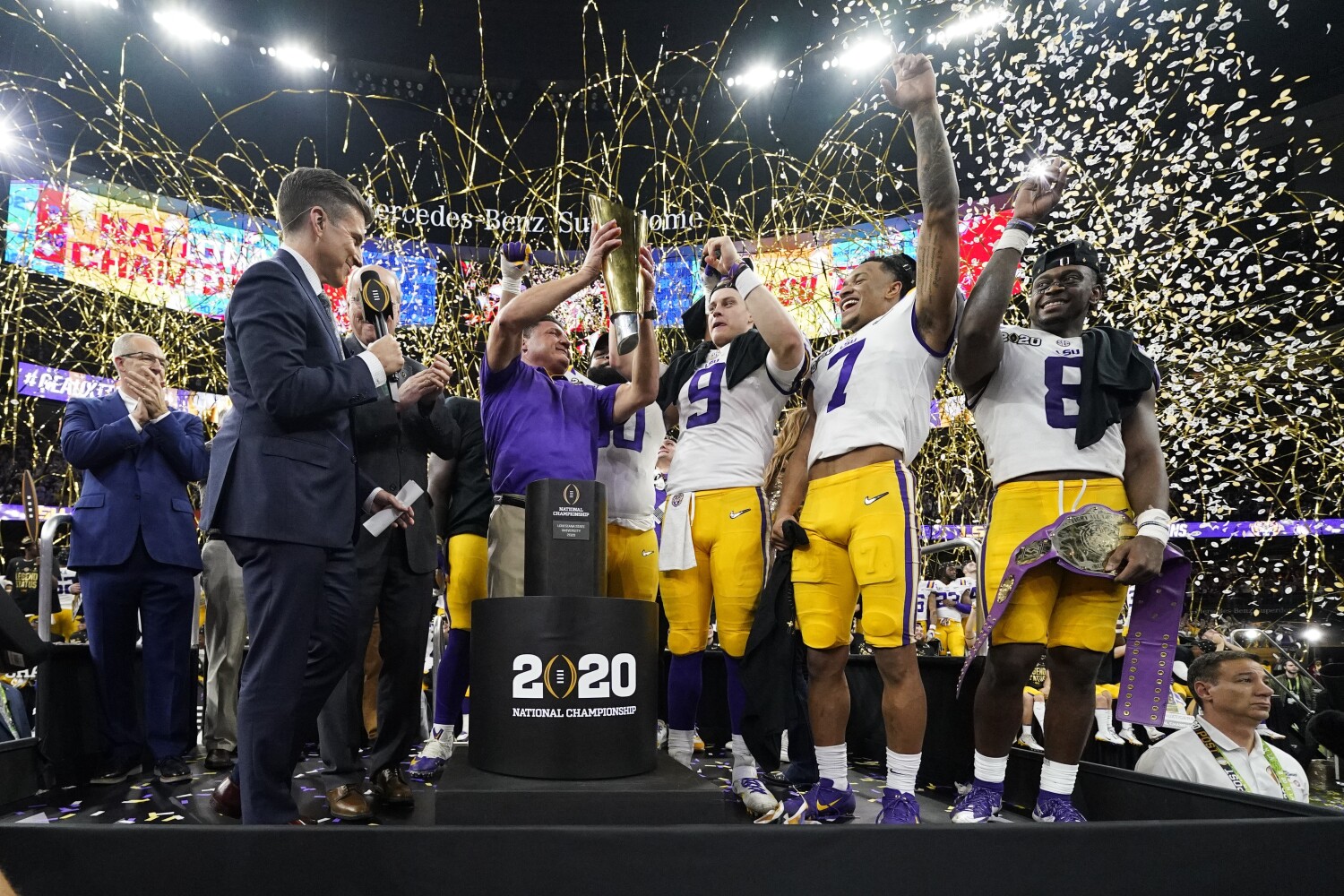 On the surface, a college football season featuring at least three opening weekends among the Power Five conferences and no games between teams from the sport’s gold-plated leagues draws an easy comparison to America’s disparate national response to the COVID-19 pandemic.

Given their distinct regional flavors, it came as a bit of a shock Friday when the Pac-12 followed the Southeastern Conference in announcing a 10-game conference-only slate to begin Sept. 26, delaying the start of the season by three weeks. At the same time, two Big 12 schools — Oklahoma and Kansas — moved their seasons up a week with new nonconference games on Aug. 29.

In coronavirus time, that month difference will feel more like a year. How many Big 12 games will have been postponed before the Pac-12 and SEC get to take their first crack at completing a football game without starting an outbreak?

The Atlantic Coast Conference chimed in this week too with plans to kick off a 10-game league schedule the week after Labor Day with an allowance of one nonconference game, as long as that contest would be staged within state lines. Even with no SEC rivals to play now, the ACC’s schedule will be plenty spruced up by the shine of temporary member Notre Dame, which will compete for a league championship for the first time during this crazy coronavirus campaign. We’ve always wondered what it would take for the Fighting Irish to give up their independence; not surprisingly, it was the threat of having no one to play.

The Big Ten, the first of the bunch to go conference-only earlier in July, will now be the last to pinpoint its 2020 debut, punting schedule clarity for its members into the first week of August.

“We’re independent conferences, we make independent decisions,” said Pac-12 Commissioner Larry Scott, who recently recovered from a mild COVID-19 infection. “We’re obviously hugely competitive with one another. … You’re seeing everyone arriving at a similar place, each with its own nuance.”

Seeing a college football schedule released is always palpitating for those who live for fall rituals. Friday afternoon, fans at least had the option of forgetting the pandemic for a second and thinking of USC and UCLA opening their seasons in the Rose Bowl, of the Trojans’ Kedon Slovis launching his Heisman Trophy campaign or the Bruins showing a major jump in Year 3 under Chip Kelly.

But if you were listening closely to Scott and the other Pac-12 representatives who discussed the plan with reporters, your imagination probably stayed pretty grounded. Scott said USC-UCLA and Arizona-Arizona State were set as early as possible due to those areas being virus “hotspots” and wanting utmost flexibility to move the games to a bye week or the end-of-season open date of Dec. 12.

On Friday night, Trojans athletic director Mike Bohn wrote to donors that the USC-UCLA game was “likely” to be pushed back.

When asked his confidence there would be a college football season, Scott had no problem saying, “I don’t know.”

“There is no bubble and a bubble would not be appropriate for college sports,” Scott said. “These are students, and they’re not going to be able to be quarantined or isolated in a bubble the same way pro sports do. We recognize that. And it’s one of the reasons we go into this with a lot of humility.”

As of Friday night, no bubble in baseball has already led to six teams being shut down from competing to try to limit the spread across the league and within those clubhouses.

By simply bringing athletes back to campus at a time when their non-athlete classmates are not allowed in many cases, college administrators have turned the idea that “college football players are like other students” into more of a total laugher than it already was. It doesn’t take a degree from the University of California to know what it means when the school announces all virtual learning for the fall semester but in the same breath says that decision doesn’t affect the Golden Bears’ aspirations to play a high-contact sport during a pandemic.

The reality is, the fewernormal students on these campuses, the better college football will go off. But too many universities appear willing to take on the risk of attempting in-person classes, and we all know what is coming once fraternity row is cleared for its own brand of voluntary workouts.

This is not to say that there isn’t some hope for a college football season to be completed within the 2020-21 school year. While the Power Five didn’t finish its collaboration on this matter exactly on the same page, the leagues mostly established the same key tenets of a sound plan:

Shorten the season. Play only within the conference to add flexibility in rescheduling games. Get in as many results as you can while following public health directives. Pray you have crowned a conference champ by Dec. 19. And if you haven’t, there’s no reason the regular season can’t be finished in 2021 with a postponed College Football Playoff if need be.

Scott acknowledged the potential for a “spring piece” of the season. Given the fact that numerous teams have had to shut down workouts without one tackle or collision entering the equation, that should be the expectation. Arizona State athletic director Ray Anderson called these months of preparing for a season “exhausting,” but everything from here on could very well feel like a long slog, too.

Doug Aukerman, the chair of the Pac-12’s COVID-19 Medical Advisory Board, said the group is still trying to establish guidelines for what it would take to postpone a game.

“It’s hard to come up with an easy, quick number,” Aukerman said. “If it was, everybody in the conference would have had that.”

For now, what they have is a start date. And whether USC and UCLA actually take the Rose Bowl field eight weeks from now or not, that feels like something to hold onto.

NBA referees march in support of players who refused to play

Remembering Kobe Bryant on his birthday