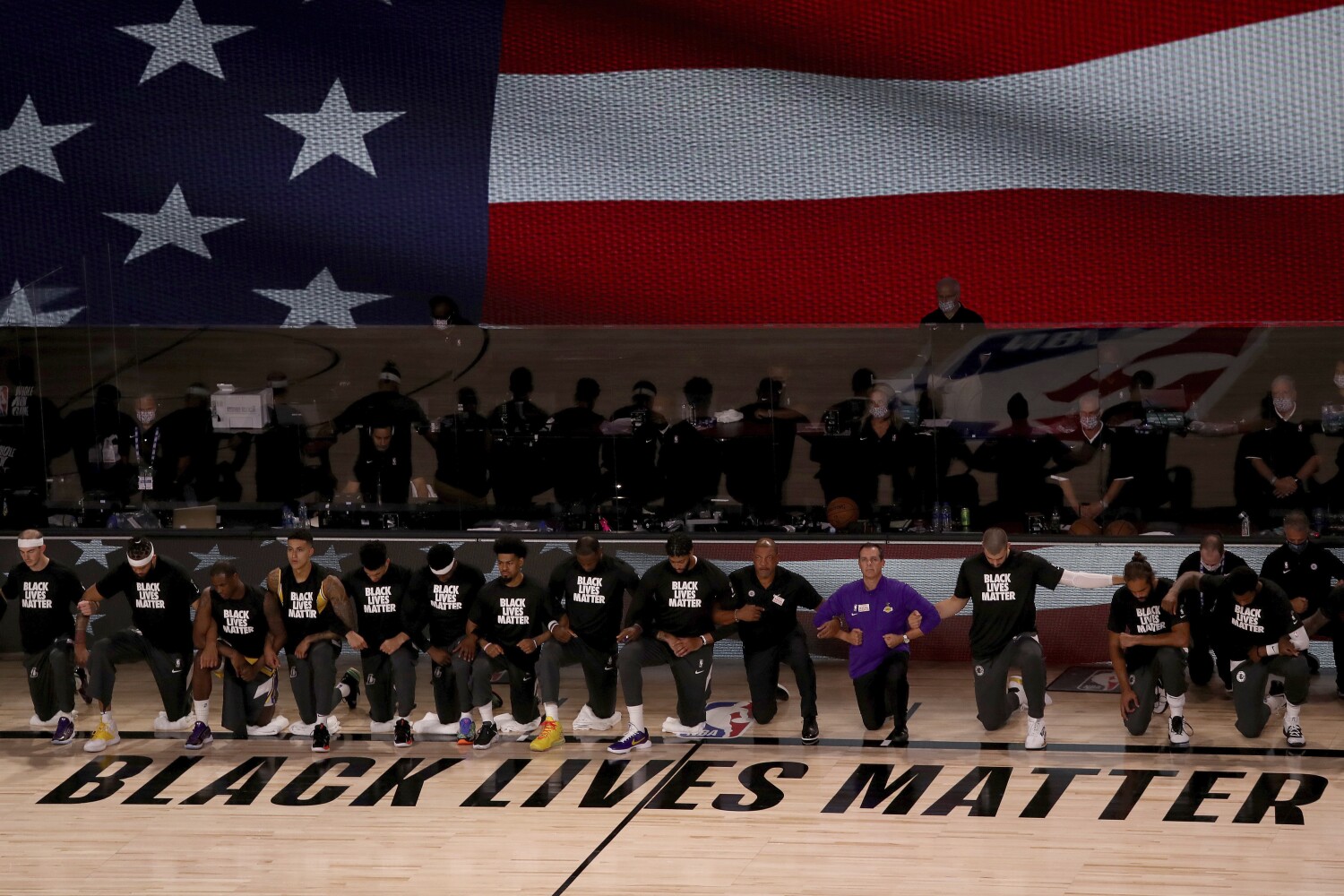 Clippers coach Doc Rivers spent several minutes answering questions from the media about how his team had lost a winnable game to the Lakers on Thursday night, his answers on point.

But as the session concluded, Rivers turned into inquisitor of the media, his question highlighting the social injustice causes the Clippers, Lakers and entire NBA have made their calling.

The Clippers and Lakers had taken a knee during the playing of the national anthem, the players interlocking their arms, with Rivers between Lakers forward Anthony Davis and Lakers coach Frank Vogel in a show of solidarity.

“Can I ask them questions, the media?” Rivers inquired during the video conference call. “How long do you think the national anthem lasted? Two minutes? So the hardest thing that happened to me in the game today was kneeling for two minutes. Like, my knee hurt.

Rivers was referring to George Floyd, whose death while being restrained by police triggered a national awakening regarding racial equality for Black people and accountability for police brutality.

As George uttered the words, “I can’t breathe,” Chauvin continued to press his knee on George’s neck.

When the NBA decided to restart its season that had been shut down since March because of the COVID-19 pandemic, all the players had promised they would keep the “Black Lives Matter” movement alive while they played.

So when the Clippers and Lakers played their game at the ESPN Wide World of Sports Complex in Orlando, Fla., both teams took another step toward using their platforms and voices to demand change for people of color.

“[We] played for something,” Clippers forward Paul George said. “We stood up for something. We kneeled for something. This league is all about unity. Can’t say it enough. I love being a part of it because of the brotherhood of this league. At the same time, we know that we can change things as well.”

The Clippers didn’t practice Friday, but Kawhi Leonard also had plenty to say after the game.

“I mean, just trying to show everybody that all the NBA players, we’re into it,” Leonard said. “We see what’s going on outside. Even though we’re here playing basketball, we still want things to get better. We all came together down on one knee. That pretty much was my mind-set, just help stopping this racial conflict right now. Just be equal, everybody’s equal.”

Update: The Clippers figured to be a little sloppy after not having played in more than four months, but coach Doc Rivers still didn’t like that his team had 20 turnovers in a loss to the Lakers on Thursday, and he declared that had to be cleaned up going forward. Pelicans rookie sensation Zion Williamson had 13 points in just 15 restricted minutes of New Orleans’ loss to Utah on Thursday.

Want a Dodgers bobblehead? Run for one