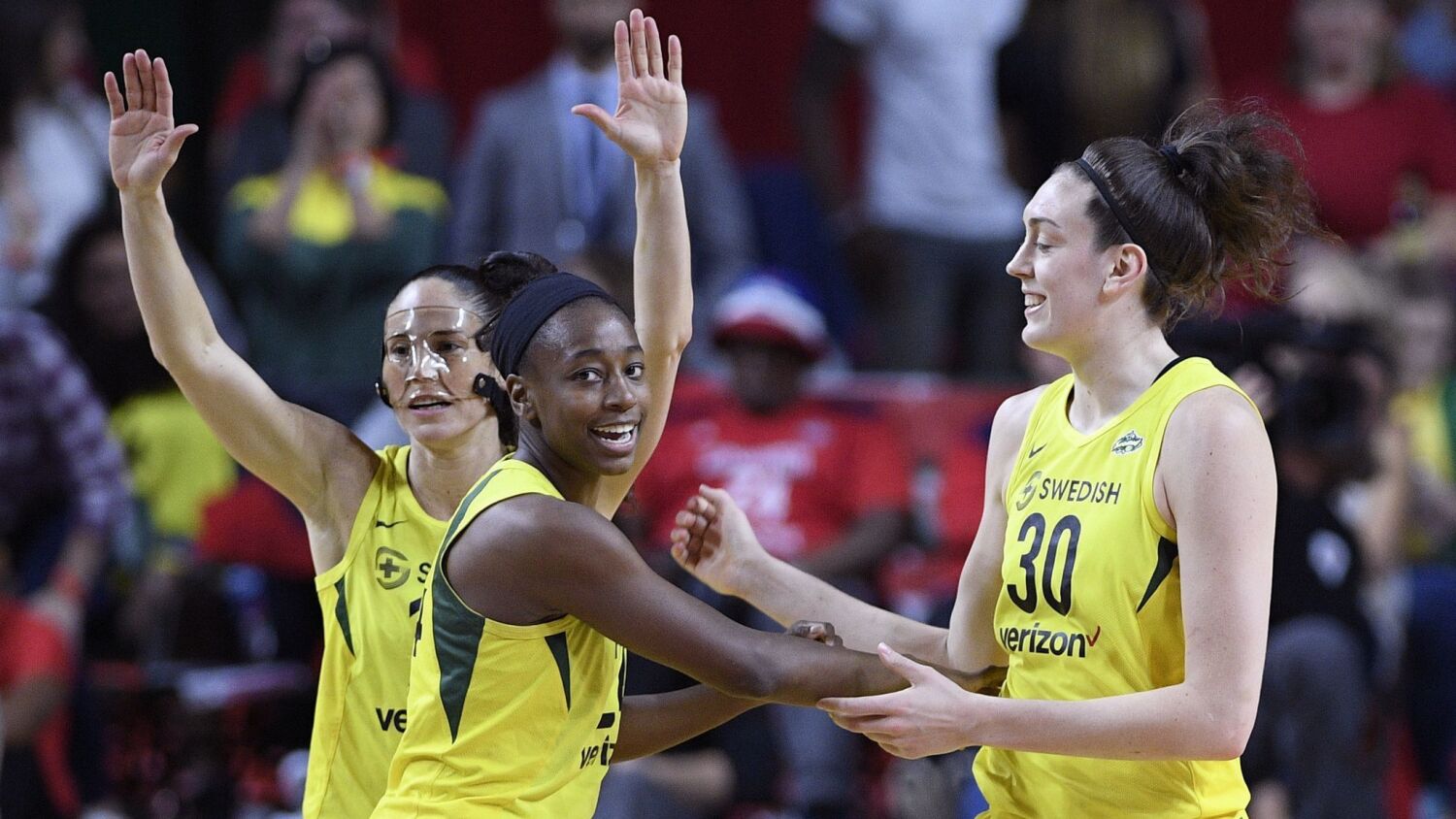 Nneka Ogwumike parsed through epidemiologist research, league proposals and player feedback. She sat on video conference calls for hours and sent group messages. All of it was to outline what a WNBA season played during a pandemic against a backdrop of social unrest would look like when it started. Sometimes the “when” felt more like an “if,” Ogwumike admitted.

“With how the world has been,” the Sparks All-Star forward and players’ union president said, “what are we really sure of anymore?”

With all 12 WNBA teams quarantined in Bradenton, Fla., this season’s uncertainty makes it harder than any other as games begin Saturday. The threat of one health slip that can pop the fragile bubble around IMG Academy hangs over the league every day, even though the process got off to a strong start; only two players tested positive for the coronavirus since teams arrived in Florida and both occurred during the initial quarantine period, WNBA Commissioner Cathy Engelbert said.

“I’m not superstitious, but the more I talk about how well things are going, I do get a little nervous,” she said Wednesday. “But I’m very confident right now.”

Several teams will be without stars who opted out. Some, like Sparks point guard Kristi Toliver and Connecticut Sun All-Star center Jonquel Jones, are sitting out because of health concerns. Others are doing so to focus on advocacy as the country reckons with protests against racism and police brutality. The absences shake up the championship pecking order, and the regular season was reduced to 22 games, but the unusual circumstances won’t make things easy.

The WNBA hopes the quarantined season can punctuate an already noteworthy year for the league. It started with a collective bargaining agreement that increased pay and benefits for players. Amid layoffs that have disproportionately affected women during the pandemic — women’s unemployment went from 0.1 percentage point lower than men’s in January 2020 to 2.7 percentage points higher in April, according to the U.S. Bureau of Labor Statistics — Ogwumike celebrated that WNBA players would be guaranteed 100% of their salaries this season. The league and players have dedicated the season to social justice causes, including Black Lives Matter and Say Her Name.

Now with 64 regular-season games slated for national TV broadcasts, the league is primed for its brightest spotlight.

“This is a huge opportunity for us and for the league and for these players really to show everyone the elite athletes that they are,” Engelbert said.

Games start with a championship favorite — the Seattle Storm, led by 2018 MVP Breanna Stewart and veteran guard Sue Bird — facing the New York Liberty and No. 1 overall pick Sabrina Ionescu at 9 a.m. PDT on Saturday. The Storm, who went 18-16 last year without Stewart (Achilles injury) and Bird (knee surgery), were the unanimous No. 1 choice in the Associated Press WNBA preseason poll.

While the Storm lead the league with returning stars, other teams worked themselves into the conversation after free agency. The Mercury signed star guard Skylar Diggins-Smith during the offseason to pair the point guard with veteran Diana Taurasi and center Brittney Griner. The Sparks, which return its core trio of Parker, Ogwumike and point guard Chelsea Gray, won’t have Toliver this season but added four-time WNBA champion Seimone Augustus.

Opt outs ravaged the defending champion Washington Mystics as Natasha Cloud and LaToya Sanders will sit out and center Tina Charles received a medical exemption. Reigning MVP Elena Delle Donne was denied the exemption but is not expected to play.

Ogwumike recognized choosing to play or pass was difficult given the circumstances. The league, by meticulously planning its Bradenton bubble and supporting its players while they spoke for social causes, hopes it struck the right balance. For players, the season will be shorter but the difficulties required to get there will make it sweeter.

“For me to walk away with anything, most importantly really just a championship, it’s gonna be extremely well-earned,” Ogwumike said. “This is going to be a season that no one will ever forget.”