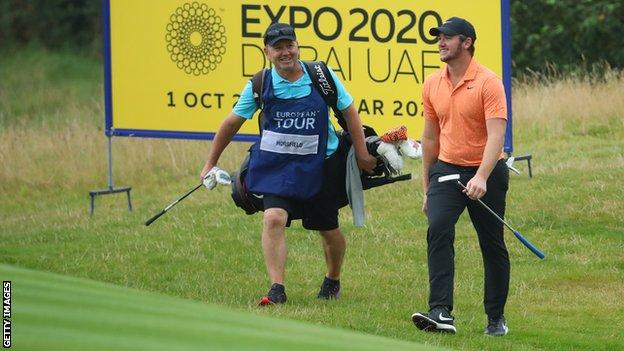 Sam Horsfield put himself in contention for a second victory of the six-week UK Swing, as a round of 64 moved him into the lead at the Celtic Classic.

The 23-year-old won his maiden European Tour title at the Forest of Arden in the Hero Open earlier this month.

Horsfield is a stroke ahead of overnight leader Thomas Pieters at the halfway stage at the Celtic Manor.

Pieters’ round of 68 put him a shot ahead of Thomas Detry and England’s Callum Shinkwin and Andrew Johnston.

Wales also still has some home interest in the tournament, with Rhys Enoch four shots off the lead in a share of ninth.

Frenchmen Alex Levy and Romain Wattel are out of the event after the former tested positive for coronavirus.

Levy, 30, initially returned a negative test, but a retest came back positive.

Wattel and Levy’s caddie, Tom Ayling, have so far tested negative but all three men are self-isolating.

The news of Levy’s positive test saw extra measures taken at the Celtic Manor Resort in Newport, which will also host the Wales Open next week.

The players’ lounge was closed on Thursday. The on-site hotel also closed bars and restaurants to undertake a deep clean.