In 2020, we saw Collin Morikawa at the PGA Championship and Bryson DeChambeau at the U.S. Open earn their first major championships. Dustin Johnson nabbed his second, and his first green jacket at Augusta National.

The Masters was the final men’s major of the 2020 calendar year but in a mere 139 days, it will take its normal spot as the first major of 2021.

Where will the other golf majors be held next year? 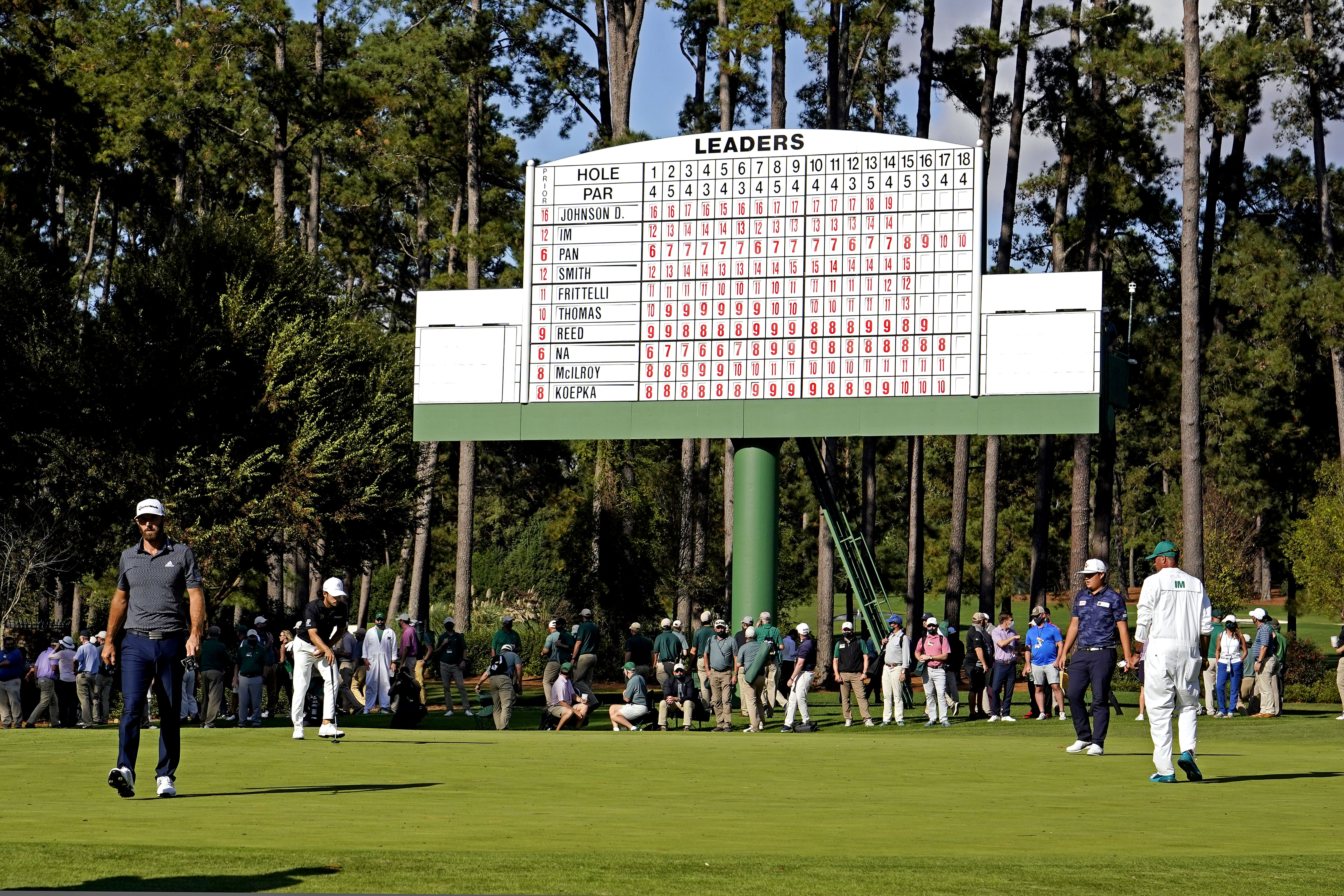 Dustin Johnson walks the 15th green after making birdie during the final round of The Masters golf tournament at Augusta National GC. Photo by Rob Schumacher/USA TODAY Sports

The first major of the year is often the most compelling. Dustin Johnson will return in five months as the defending champ. The Masters is the only major that returns to the same venue every year. It was first played in 1934. The only time the Masters wasn’t held was in 1943, 1944 and 1945 because of World War II. 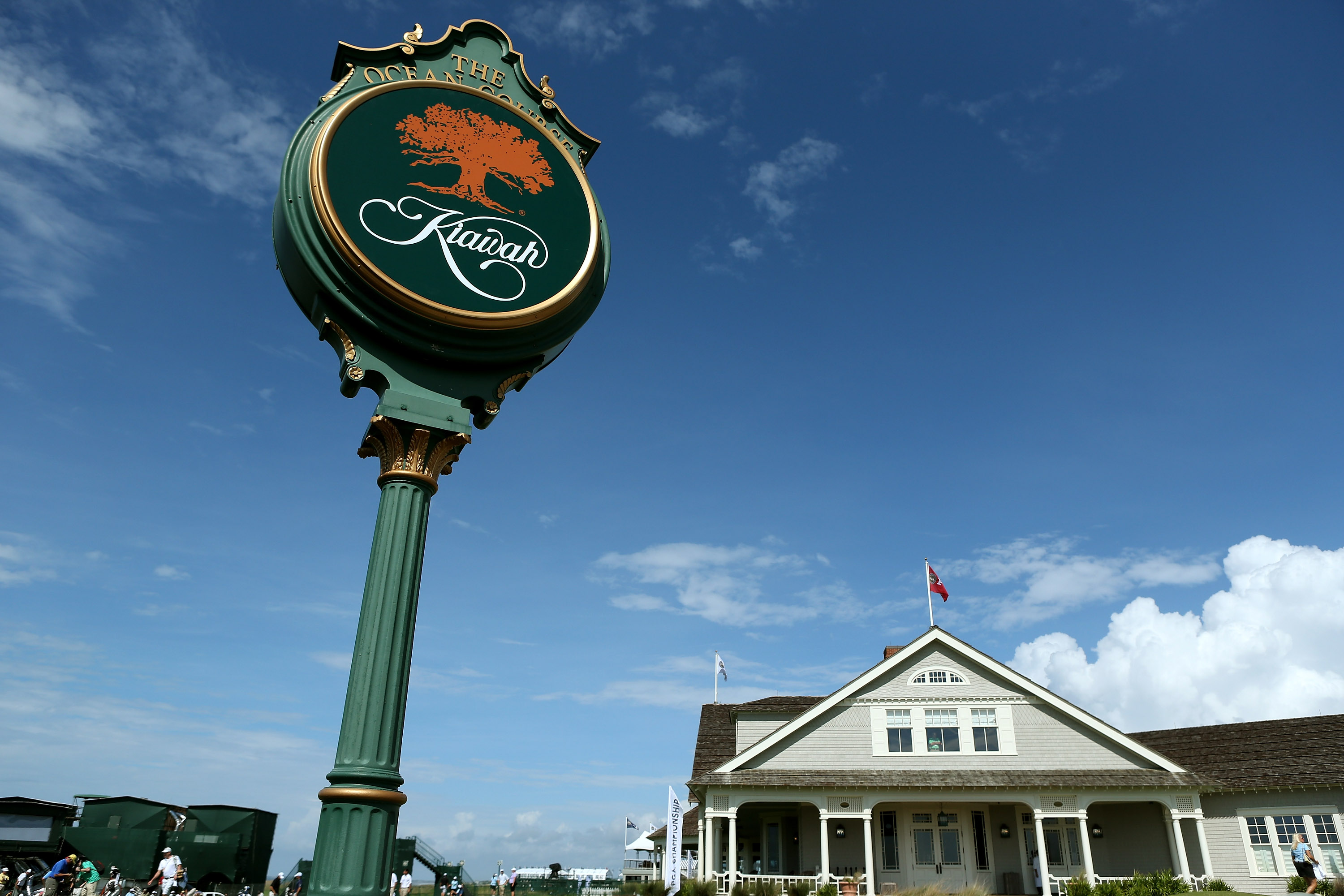 A view of the course during a practice round of the 2012 PGA Championship at the Ocean Course in Kiawah Island, South Carolina. Photo by Andrew Redington/Getty Images

The 103rd PGA Championship will be at the Kiawah Island Golf Resort. Awarded the 2021 event in 2015, Kiawah Island was site of Rory McIlroy’s record-setting performance in 2012. The Pete Dye-designed layout is one of four venues to host each of the PGA of America’s major championships: the Ryder Cup (1991), the Senior PGA Championship (2007) and the PGA Championship. Collin Morikawa is the defending champion. 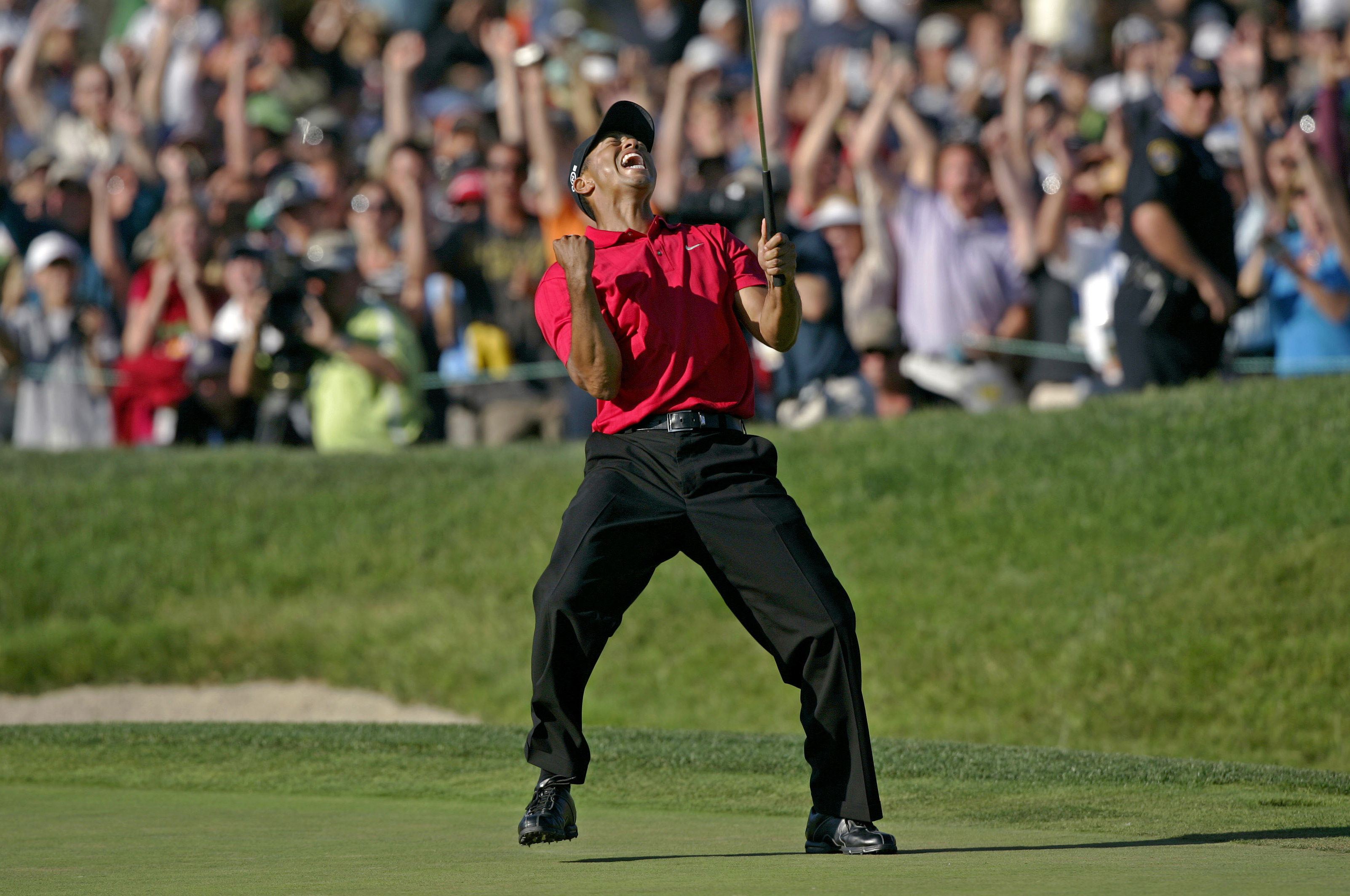 Tiger Woods celebrates on the 18th green after sinking a putt for a birdie and to force a playoff with Rocco Mediate during the final round of the 2008 U.S. Open at Torrey Pines. Photo by Richard Hartog/Los Angeles Times via Getty Images

The last U.S. Open at Torrey Pines, the city’s first-ever major golf tournament, was the epic 2008 battle between Woods and Rocco Mediate that ended on Monday in a 19-hole playoff victory for Woods’ 14th major championship. It was only later we found out that Woods played on a broken leg that week. Woods has seven other pro victories and an amateur victory on the South Course. Bryson DeChambeau is the defending champion of the U.S. Open. 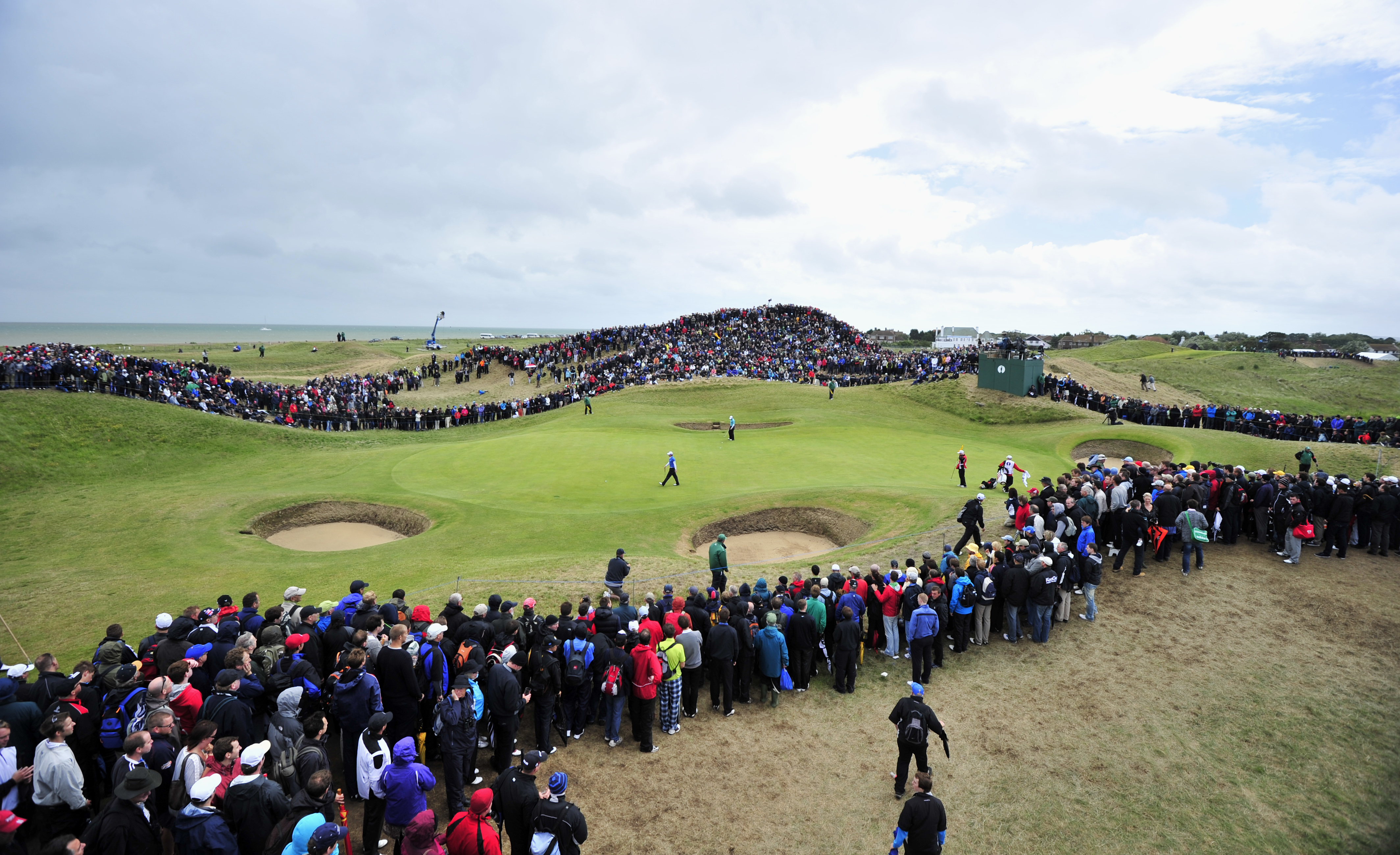 A view of the 6th hole at Royal St George’s in Sandwich, Kent, England. Photo by Glyn Kirk/AFP via Getty Images

The tournament was last contested here in 2011 when Darren Clarke won the Claret Jug and was named Champion Golfer of the Year. In 2021, Royal St. George’s will host the Open for the 15th time. It was supposed to host in July 2020, but the tournament was canceled due to the COVID-19 pandemic. In 1894, the course became the first outside of Scotland to host the Open.

A closer look at Stone Canyon, site of The Match: Champions for Change

Rolex Rankings resume with one significant, but temporary change