In August, Jim Herman needed a big weekend at Sedgefield Country Club to get himself into the 2020 FedEx Cup Playoffs. Thanks to a red-hot putter, the former University of Cincinnati standout shot 61-63 to win the Wyndham Championship and vaulted up 138 spots to easily qualify for the following week’s Northern Trust.

The putter he used that week in North Carolina was a Bettinardi Inovai 5.0 Tour, a uniquely-shaped mallet with a grooved hitting area. Now the Chicago-based company has released updates to three of its putter lines to provide golfers with a wide variety of shapes and styles that can help you perform better on the greens. 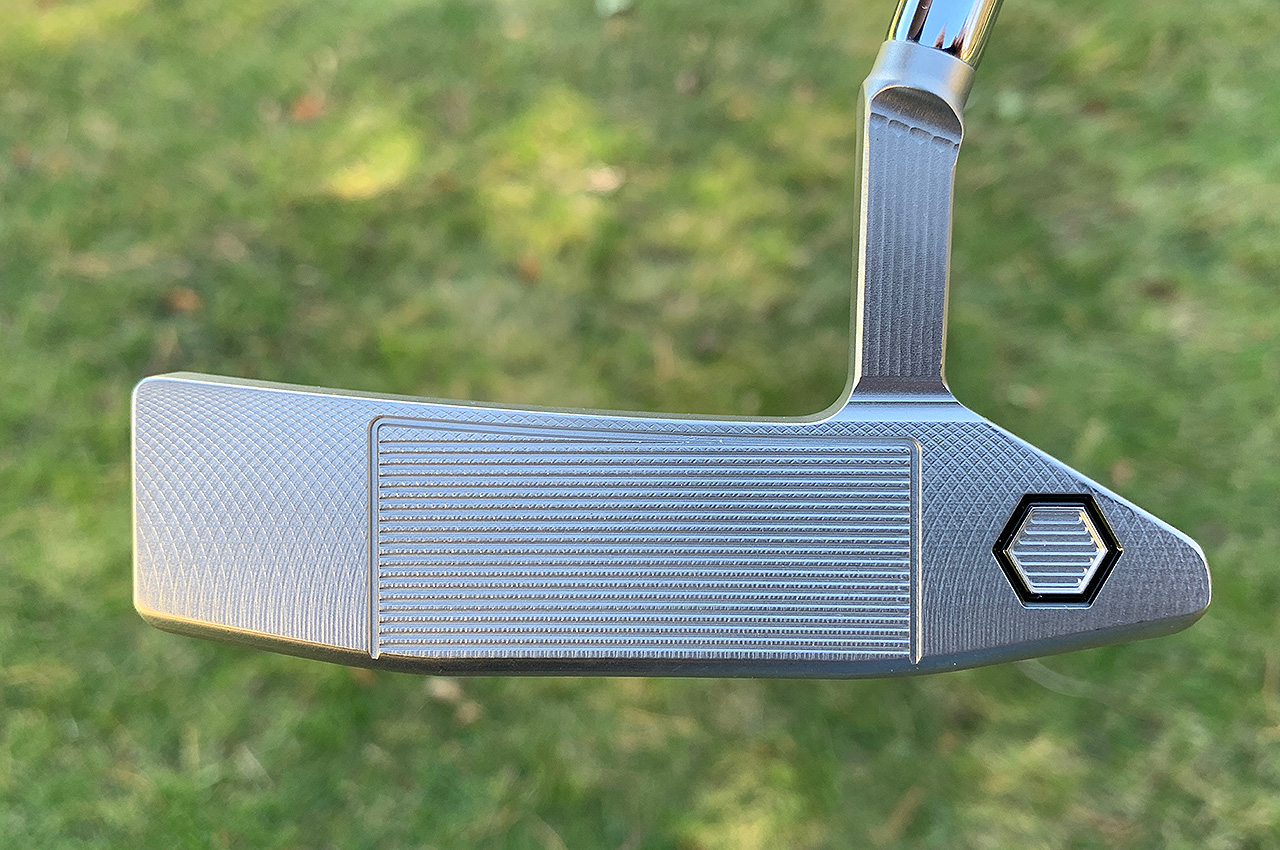 There is a reason why the Studio Stock putters look like something a PGA Tour player might use: they were designed with significant input from winners like Matt Kuchar, Fred Couples and Jason Kokrak.

Each starts as a solid block of 303 stainless steel before being milled into one of four different head shapes. Aside from the face-balanced SS7 mid-mallet, each has some toe hang, making the heel-toe weighted SS17, SS18 and SS28 ideally suited for golfers who have some arc in their putting stroke. 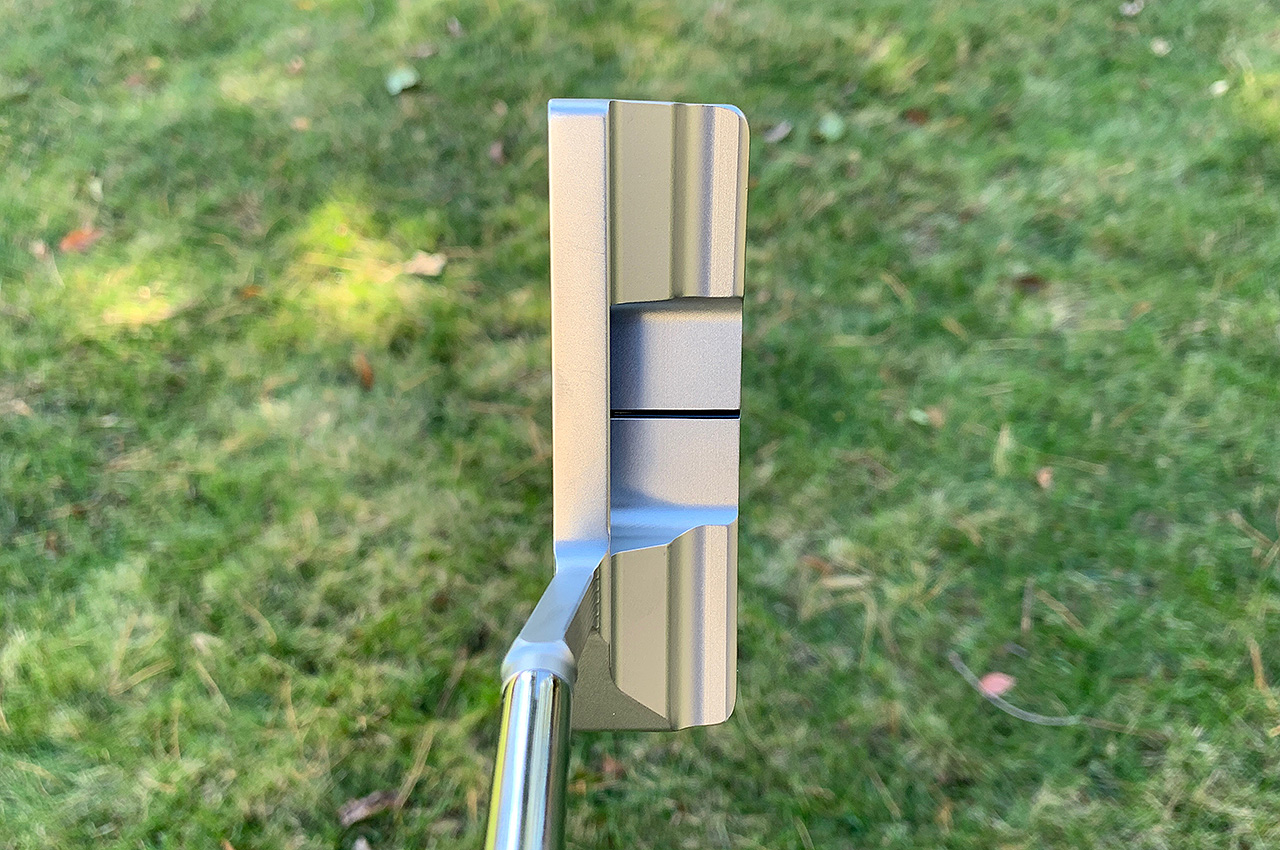 The Studio Series 17 has a classic look at address. (David Dusek/Golfweek)

All four of the Studio Stock putters have Bettinardi’s Roll Control grooved face. The grooves are not part of an insert, but instead, they are milled into the hitting area and feature an asymmetrical design. The groove’s topline-side is cut on a shallower angle, while the sole-side groove wall has a sharper angle. According to Bettinardi, the grooves can grab a ball’s cover more effectively at impact to get it rolling instead of skidding more quickly.

Each of the Studio Stock putters has a soft, chrome-like diamond blast finish that can reduce glare and a single black alignment line. 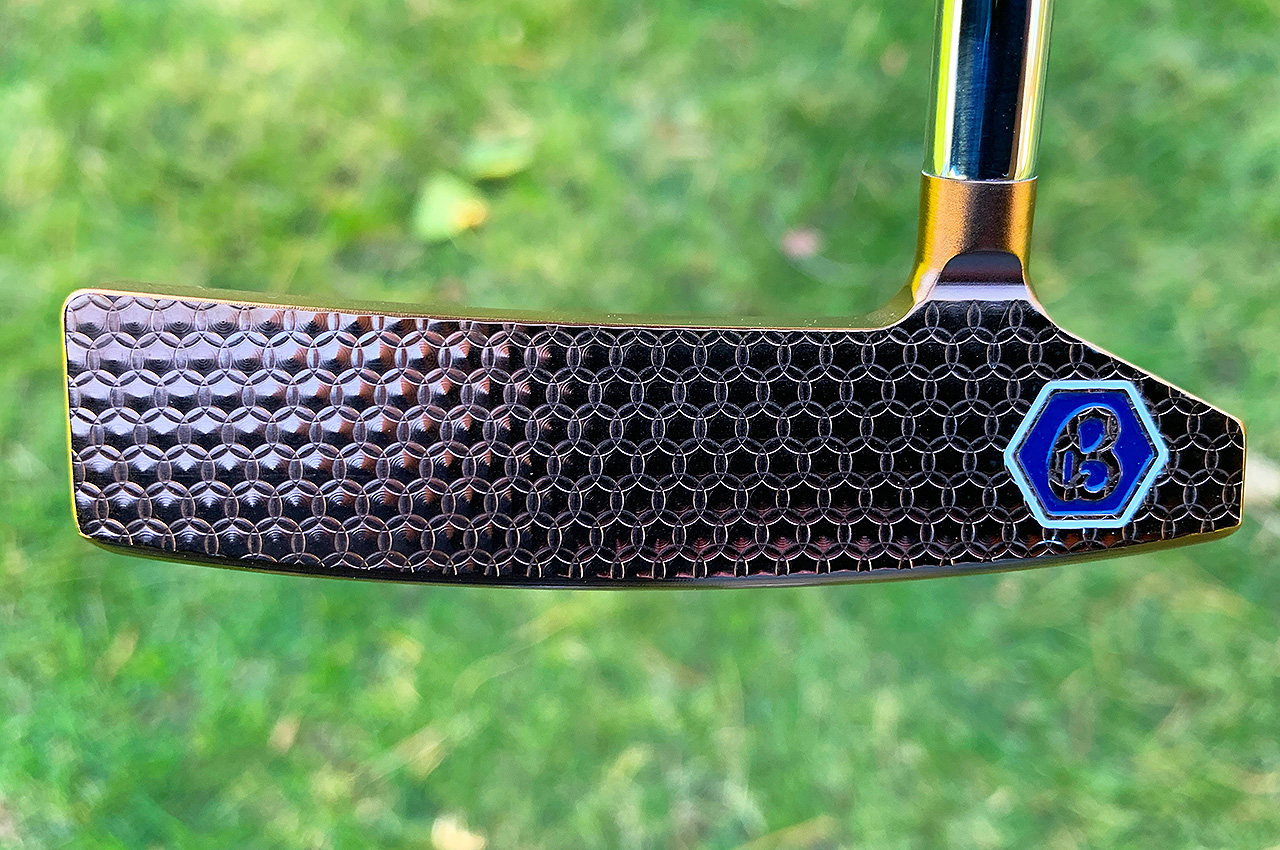 If the logos on these rose gold PVD-finished putters were removed, many golfers would still recognize them as being made by Bettinardi. The micro-honeycomb face milling has been synonymous with the company for decades.

Redesigned for 2021, the three Queen Bee putters (QB6, QB11 and QB12) each weigh 362 grams and have softer, more rounded edges, a single white alignment line and some degree of toe hang. 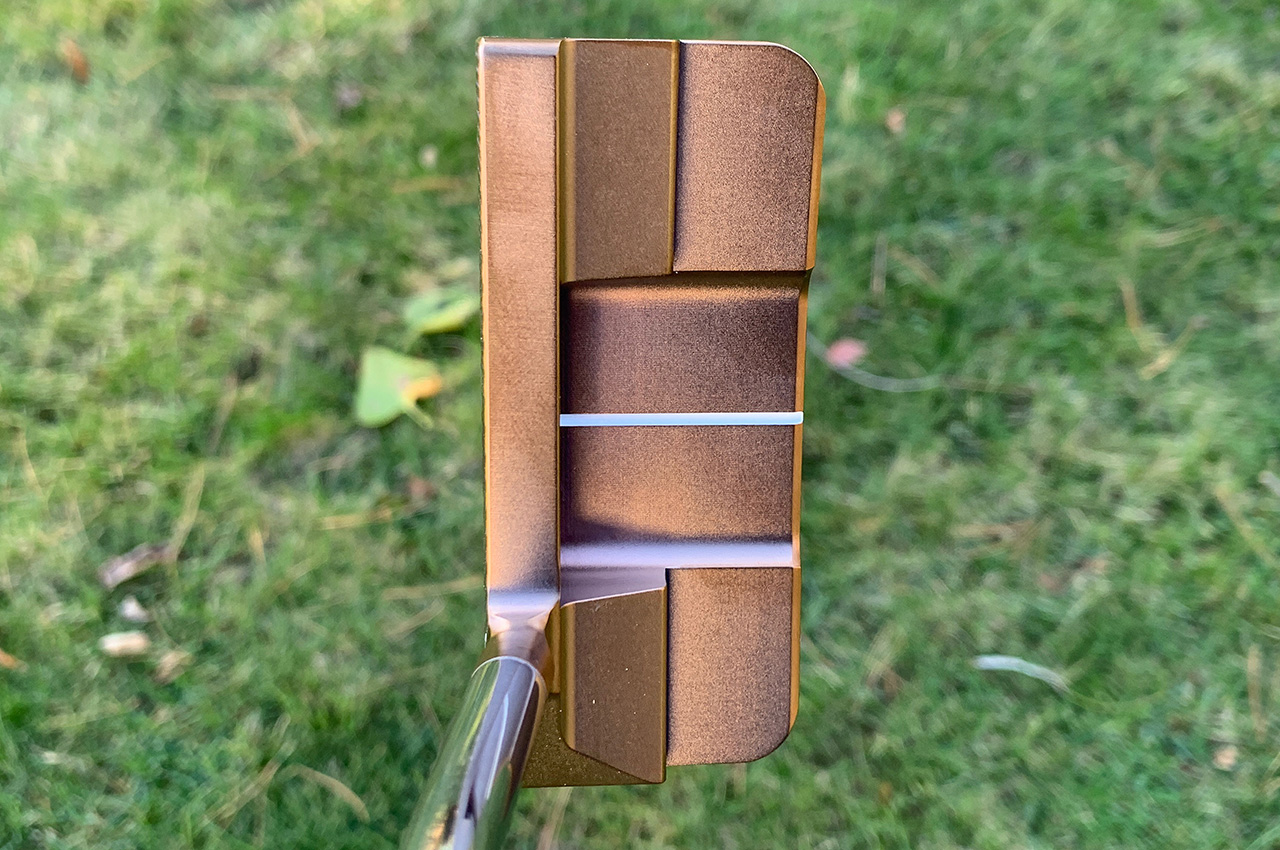 The Queen B putters all have a Rose Gold PVD finish. (David Dusek/Golfweek)

The honeycomb face pattern is designed to provide a firmer feel at impact, which many golfers prefer as golf ball compressions have lowered over the past few years. 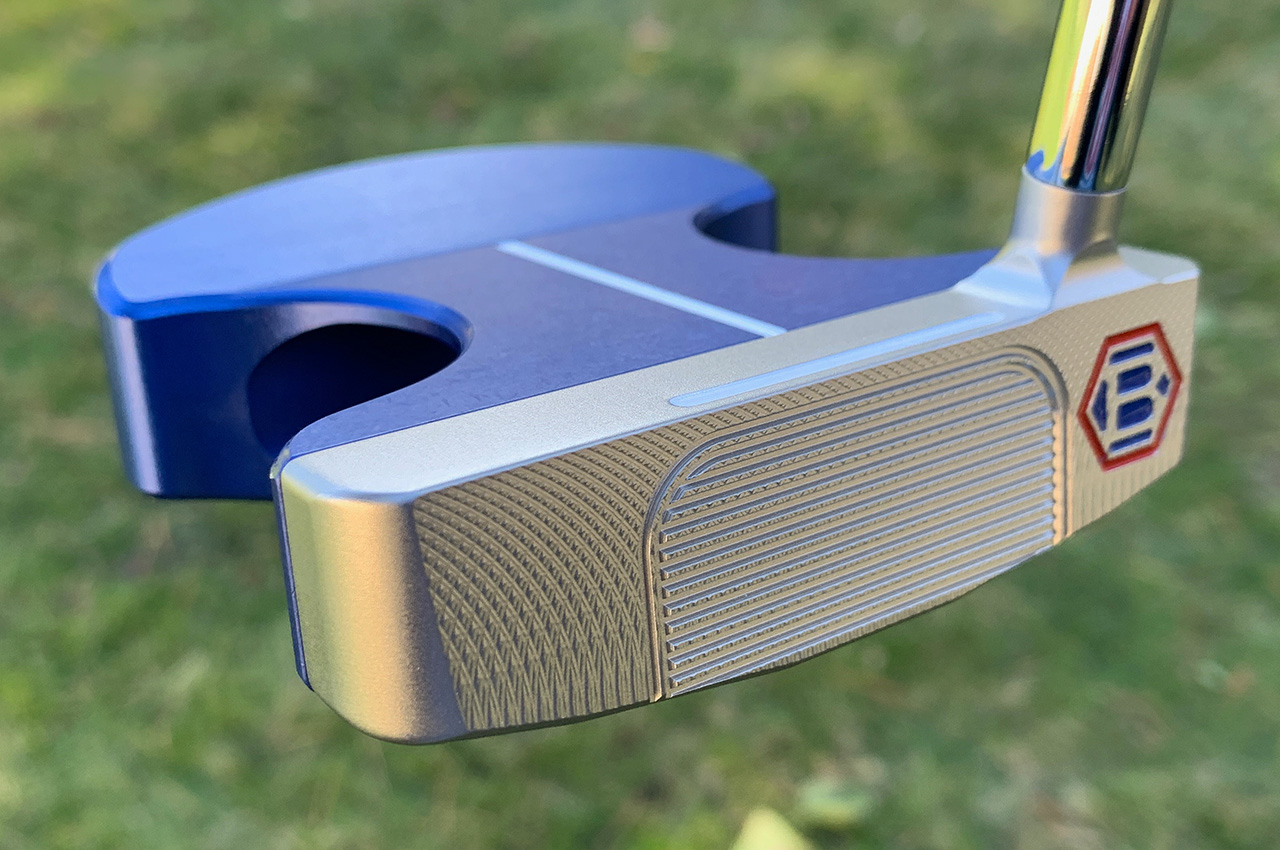 The Inovai family of putters has been the most radical departure from the traditional Bettinardi look since it was introduced in 2015.

Both the Inovai 6.0 and new 7.0 mallets use multiple materials and modern designs to boost the moment of inertia (MOI), which should keep the putters square more effectively on off-center impacts and improve distance control. 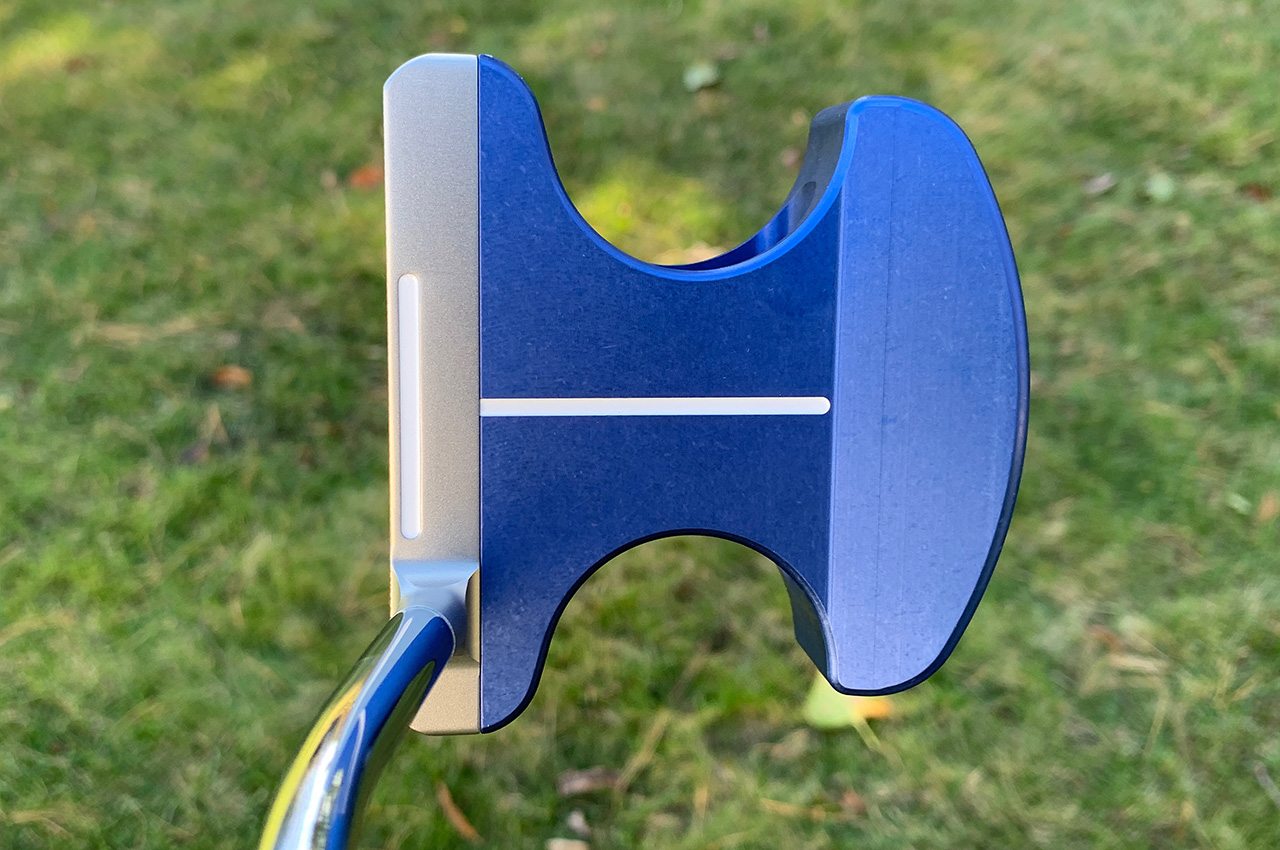 The chrome-toned area at the front of the Inovai putters is 303 stainless steel while the blue portion is aluminum. (David Dusek/Golfweek)

The silver-toned front area of each Inovai putter is milled from 303 stainless steel, but the blue back section is made from a much lighter material, 6061 aerospace-grade aluminum. The combination helped Bettinardi shift the center of gravity (CG) location to enhance performance.

The Feel Impact Technology (FIT) grooved face pattern in the hitting area is milled directly into the head. It is designed to give the softest feel possible at impact.

A 59 with a ball out of bounds? Seth Fair recounts his weird day