Dustin Johnson has been one of the best drivers of the golf ball of his generation, as well as an elite iron player. Thanks to a lot of hard work, Johnson has become an improved wedge player and a more consistent putter in recent years.

Everything came together for the 36-year-old South Carolina native at the 2016 U.S. Open at Oakmont, where he won his first major championship. It came together again last week at Augusta National Golf Club. Ranked No. 1 on the Official World Golf Ranking heading into the first-ever November Masters, Johnson won his first green jacket on Sunday and finished at 20 under par (268), the lowest winning score in Masters history.

Dustin Johnson plays 14 TaylorMade clubs and uses a TaylorMade ball. Below are details about all the gear in the 2020 Masters champion’s bag. 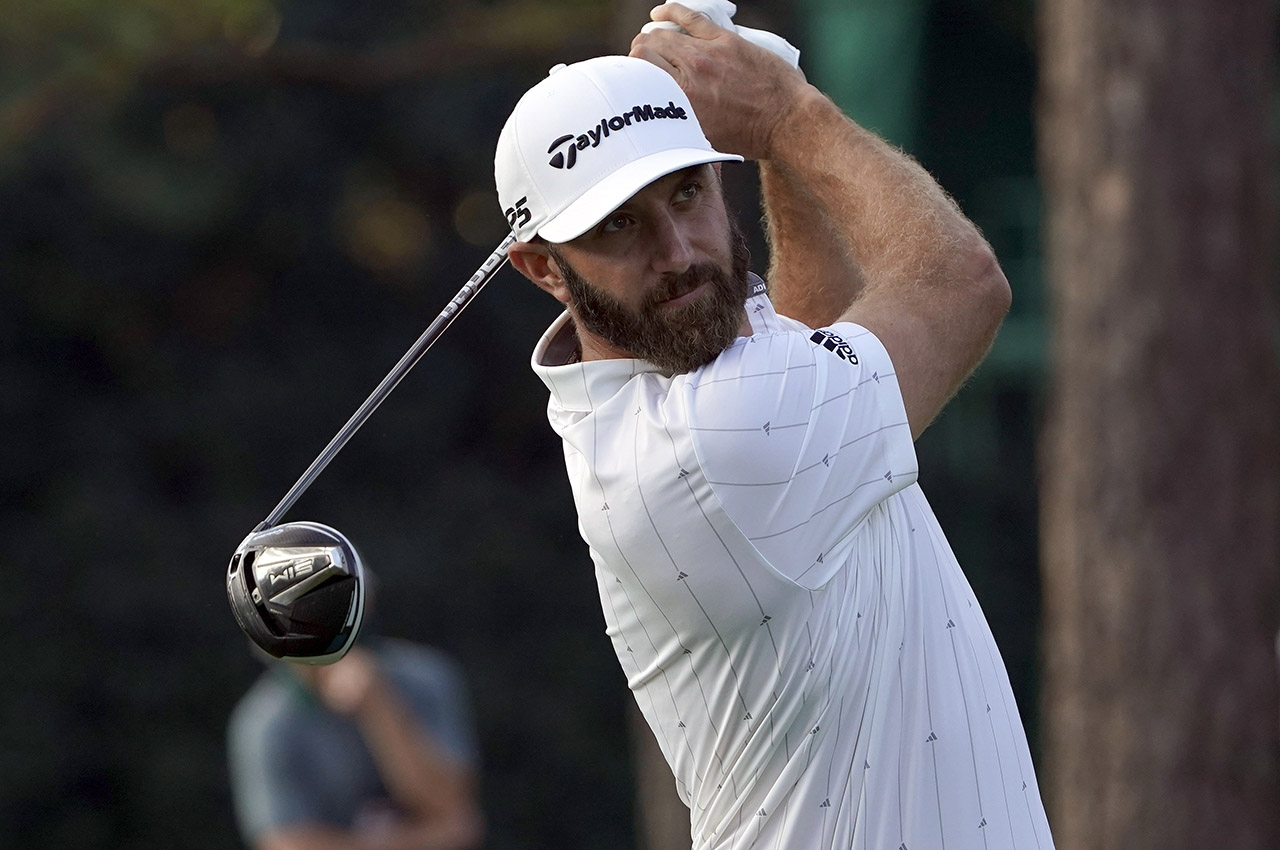 Dustin Johnson plays his shot from the 17th tee during the third round of The Masters golf tournament at Augusta National GC. (Michael Madrid-USA TODAY Sports)

According to Chris Trott, TaylorMade’s director of sports marketing, Johnson’s driver is a 10.5-degree TaylorMade SIM with the moveable weight in the center, but the actual loft of the club is 11 degrees, The face angle is very slightly closed. He has tinkered with a Fujikura Ventus Black shaft in his driver, but Johnson has used a Fujikura Speeder Evolution shaft over the years and had that shaft in his driver at Augusta last week.

The shaft is tipped 1 inch, which means the portion that goes into the head has been trimmed by 1 inch. That should lower both the spin rate and the initial launch angle.

Trott also said that the finished length of the club is 45 3/4 inches. To achieve that, after the shaft, adjustable hosel mechanism and head are attached, the club is measured and the handle portion of the club is trimmed to 1/8 inch shorter than the length Johnson wants. Why? Johnson’s Golf Pride Tour Velvet grips have a butt cap that is 1/8 inch thick. Cutting the shaft slightly short compensates for the grip’s thickness at the end and makes the finished club exactly the length Johnson wants. 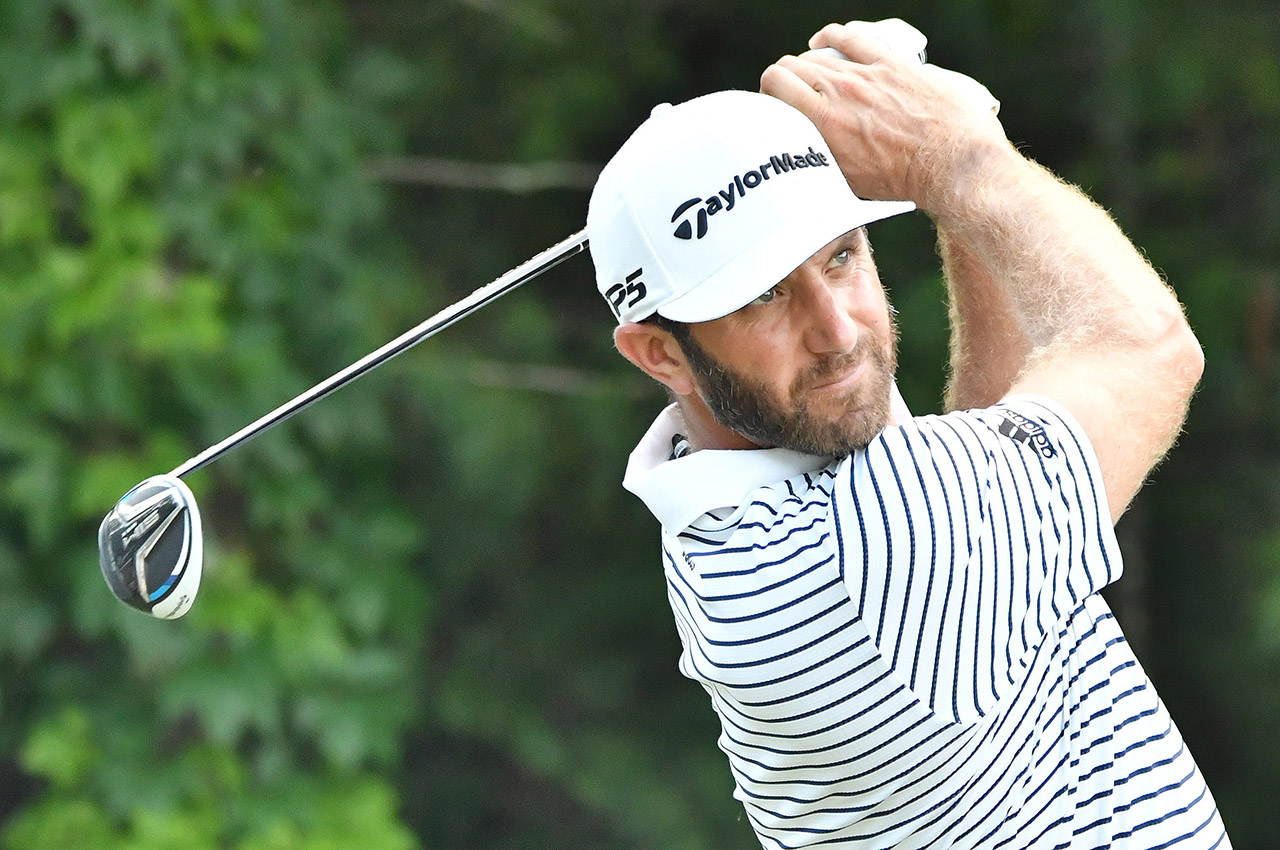 Fairway woods are hard for pros to find because they need to fill specific distance gaps and hit the ball to precise yardages both off the tee and the fairway. However, Johnson put a new TaylorMade SIM Max 3-wood into the bag early in 2020, soon after the club was released.

The standard SIM fairway woods have a titanium face, but Johnson’s SIM Max has a C300 stainless steel face, larger head size and center of gravity location that is farther back. That promotes a higher launch angle and steep descent angle, so shots should stop quicker.

When Johnson won the Travelers Championship outside Hartford, Connecticut, in June, he had a 19- and 22-degree TaylorMade SIM Max rescue club in his bag because they created a higher launch angle than his 3-iron and allowed him to play the ball more effectively out of the rough.

However, at TPC Harding Park during the PGA Championship, those clubs were pulled out in favor of a SIM Max 7-iron and Johnson’s 3-iron. The 7-wood was in the bag again at TPC Boston when Johnson won the Northern Trust, East Lake Golf Club when he won the Tour Championship and last week at Augusta National. Johnson used it very effectively on his second shot on the par-5 eighth hole Sunday, hitting an uphill shot from 236 yards out on the par 5 to 48 feet to set up a two-putt birdie. 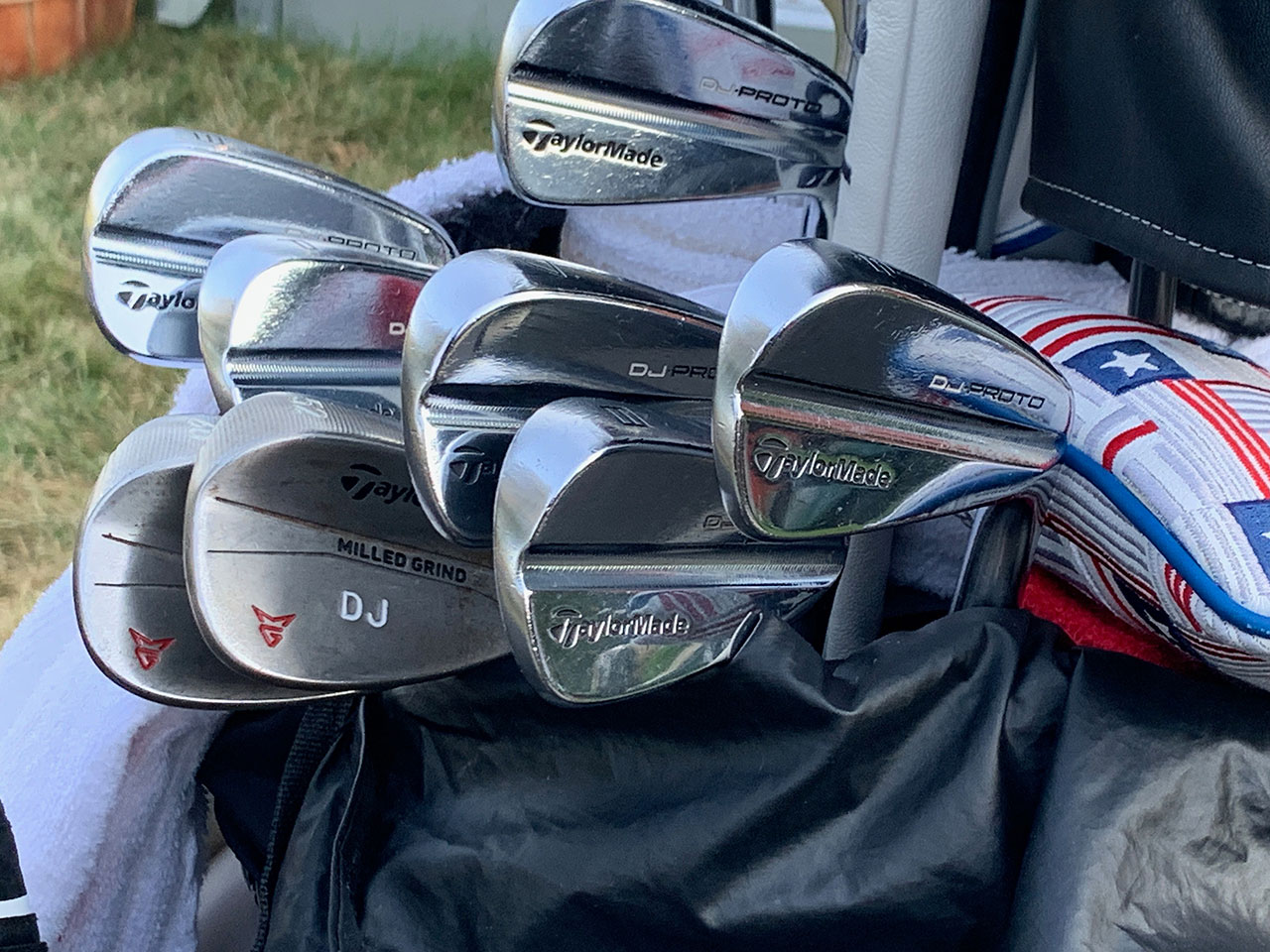 Johnson ranked first in greens in regulation by hitting 60 of 72 (83 percent) at the 2020 Masters. He has used TaylorMade muscleback blades for over a decade and put his set of P730 “DJ Proto” irons into play in October 2017. That year, TaylorMade’s senior director of product creation said, “There are some guys on tour, and it’s literally just a small handful of guys, our best guys like DJ, Rory and Justin Rose, who just want the most workable club possible. That means a very low inertia club with a very low MOI. The center of gravity is very close to the shaft. It’s almost like a surgeon’s scalpel.”

The P-730 was designed to look exactly like the club it replaced in TaylorMade’s stable, the Tour Preferred MB that Johnson had played since 2014, but more forgiving on shots hit high and low in the face. To make that happen, a channel was added to the back of the 1025 carbon steel heads during the forging process and then milled to a precise depth. It concentrates more mass in the lower area, behind the ball, for better feel and improved performance.

Johnson’s specific set has a slightly longer blade length than the standard P-730 and acted as the model for the just-released P-7MB irons that McIlroy and Collin Morikawa recently put into play. 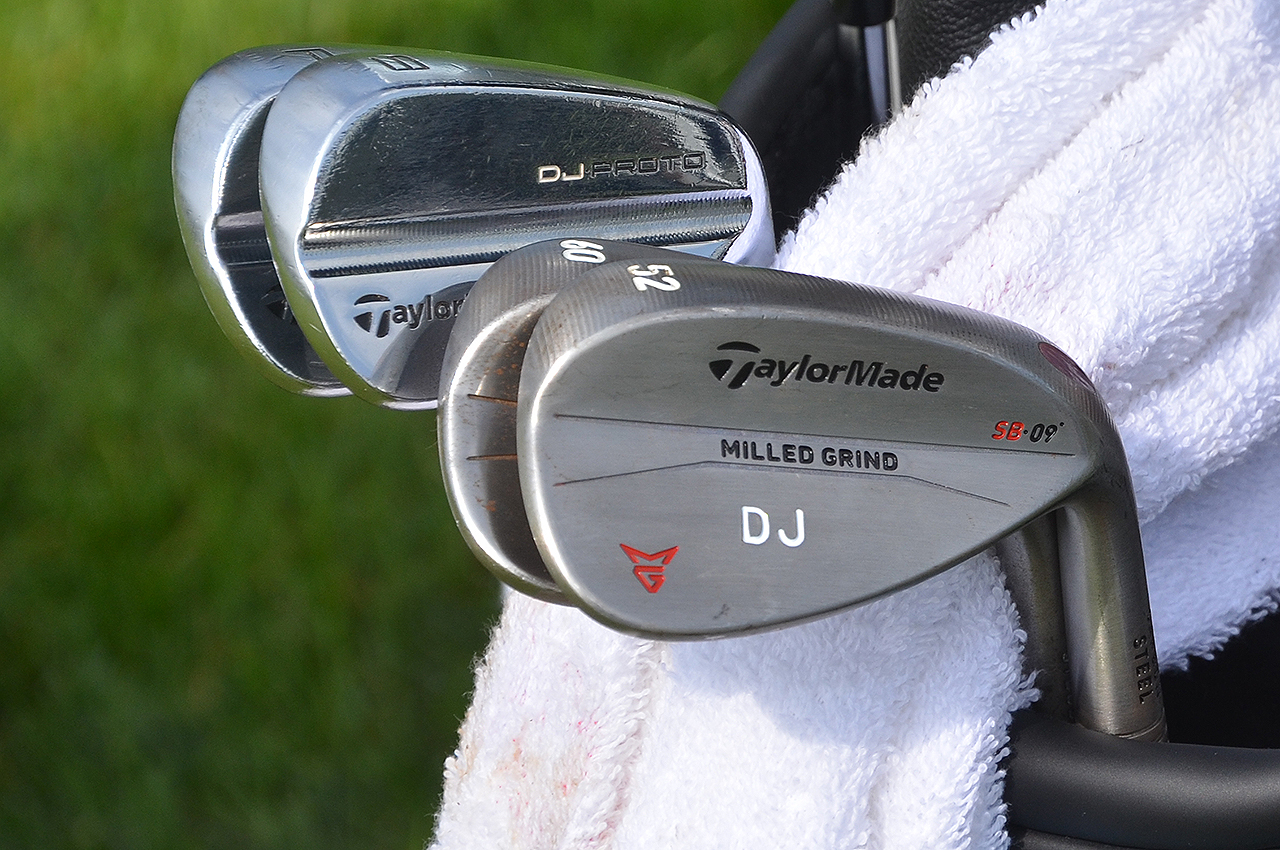 While several TaylorMade staff players have switched to the company’s Milled Grind 2 wedges, Johnson has stuck with the original Milled Grind. He has added a 64-degree Milled Grind Hi-Toe wedge to his setup a few times, most notably at the 2019 U.S. Open at Pebble Beach, but most weeks, he opts for his pitching wedge, sand wedge and lob wedge. 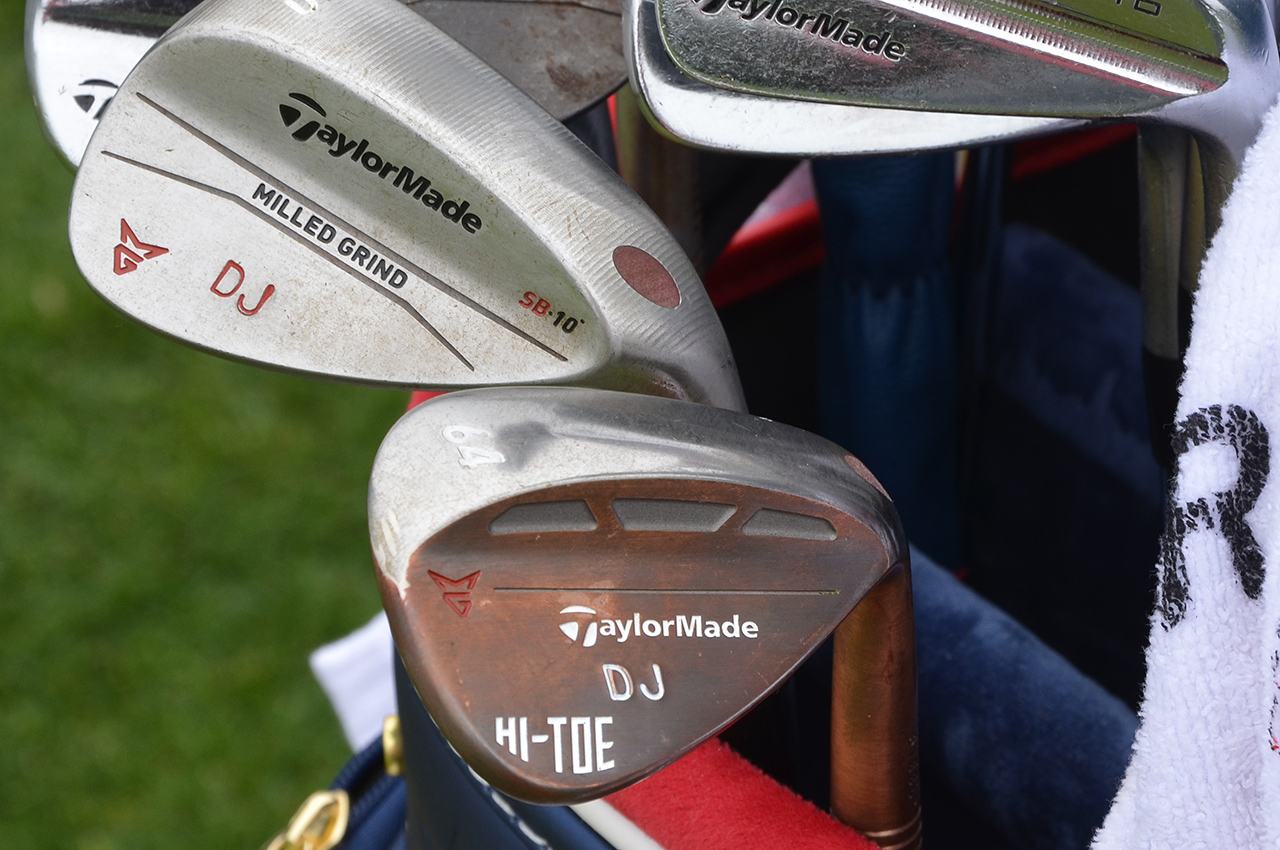 Johnson also likes to keep things simple. He has said that he has stock shots for every 10 yards between 85 and 125 yards with a sand wedge and lob wedge and that testing a three-wedge setup (52-, 56- and a 60-degrees) created too many overlapping yardages. On golf courses where does not anticipate needing either a 2-iron or a 5-wood, Johnson says that he opts to go with a 64-degree wedge instead. 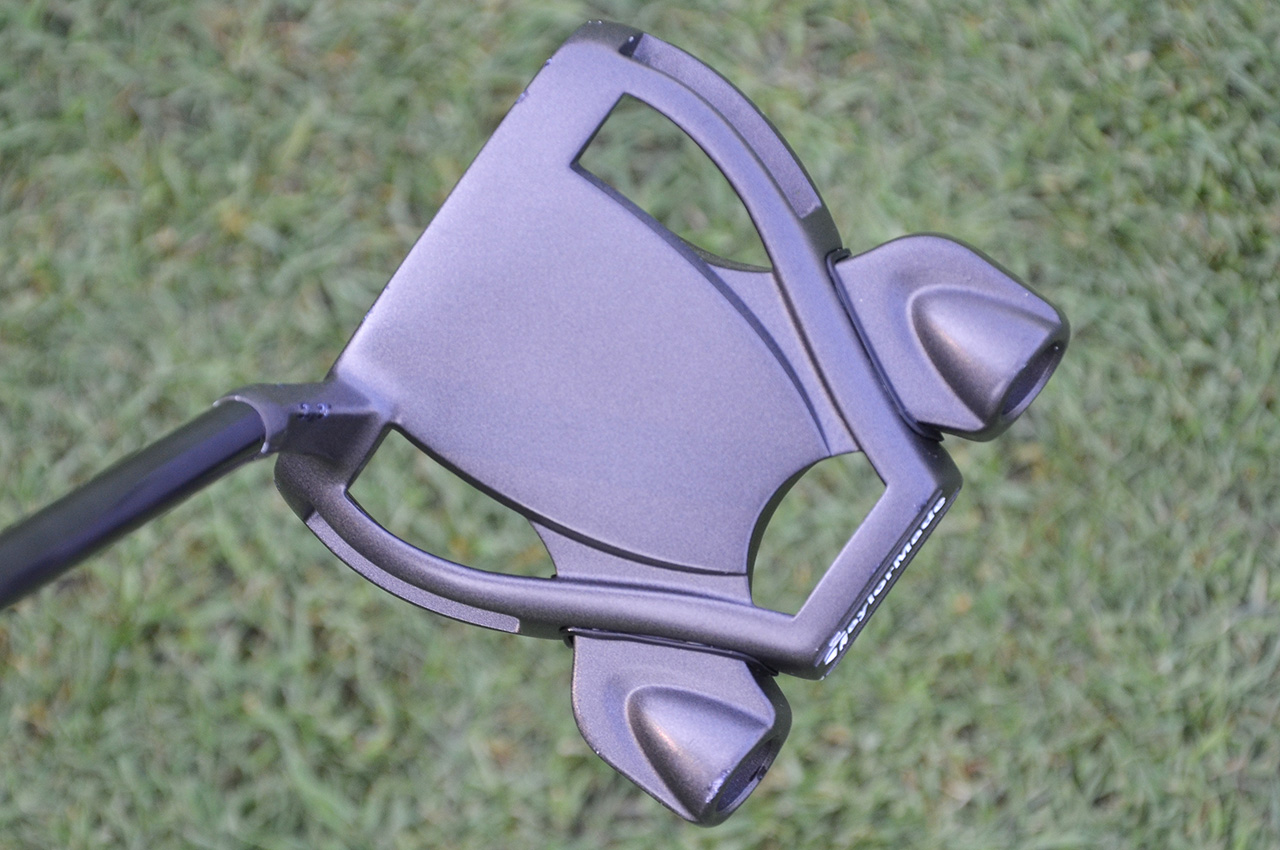 More than any other club in his bag, Dustin Johnson is willing to tinker with putters. At TPC River Highlands in June, he won the Travelers Championship using a TaylorMade Truss TB1, a putter that features a triangular stabilizing mechanism under the hosel. However, he won the Northern Trust and Tour Championship using a TaylorMade Spider Tour Black putter. He has also used several different heel-toe weighted blades in recent years, including a prototype Scotty Cameron putter and a TaylorMade Tour Preferred model. At the Masters, the Spider Tour Black was in the bag. The putter is fitted with a SuperStroke Traxion Pistol GT 1.0 grip.

Johnson told Trott recently, “I like to try stuff. When we have new stuff and new putters, I like to try them. Sometimes it’s good to look at something different for a little bit, but generally, I go back to everything that was in my bag originally. But I’m still a golf nerd. I like all the new equipment. I like new putters, and I like trying them all.” 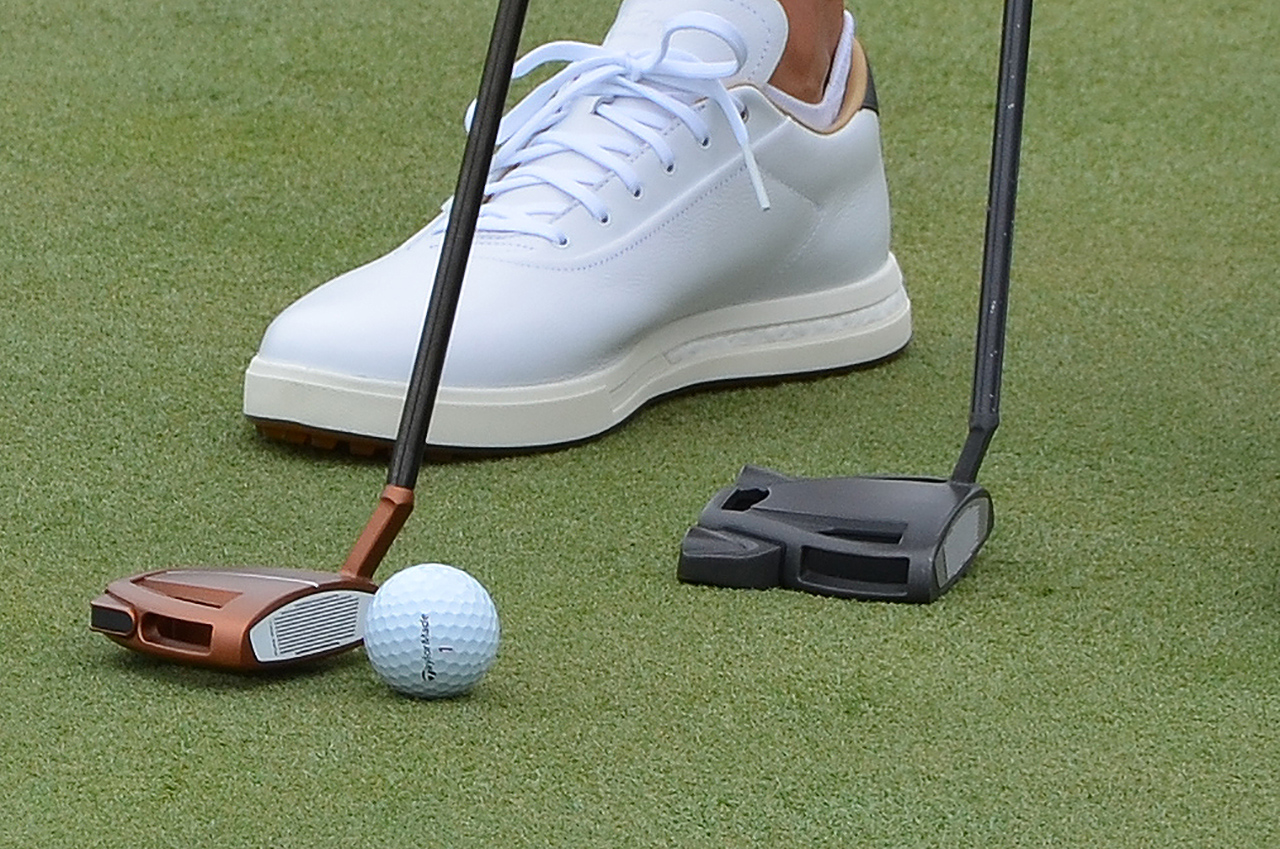 Johnson’s Spider Tour Black has no alignment aids on the crown, giving it an exceptionally clean look at address. Two small weights in the rear heel and toe area pull the center of gravity back and create more perimeter weighting, so while the head size is relatively small, the putter features a higher moment of inertia (MOI) than you might expect. That makes it more forgiving on off-center hits and less prone to twisting.

Spider Tour putters also feature a True Roll face insert made from aluminum and thermoplastic urethane (TPU). The grooves point downward at a 45-degree angle and help the putter grab the ball at impact to get it rolling more quickly instead of hopping or skidding. 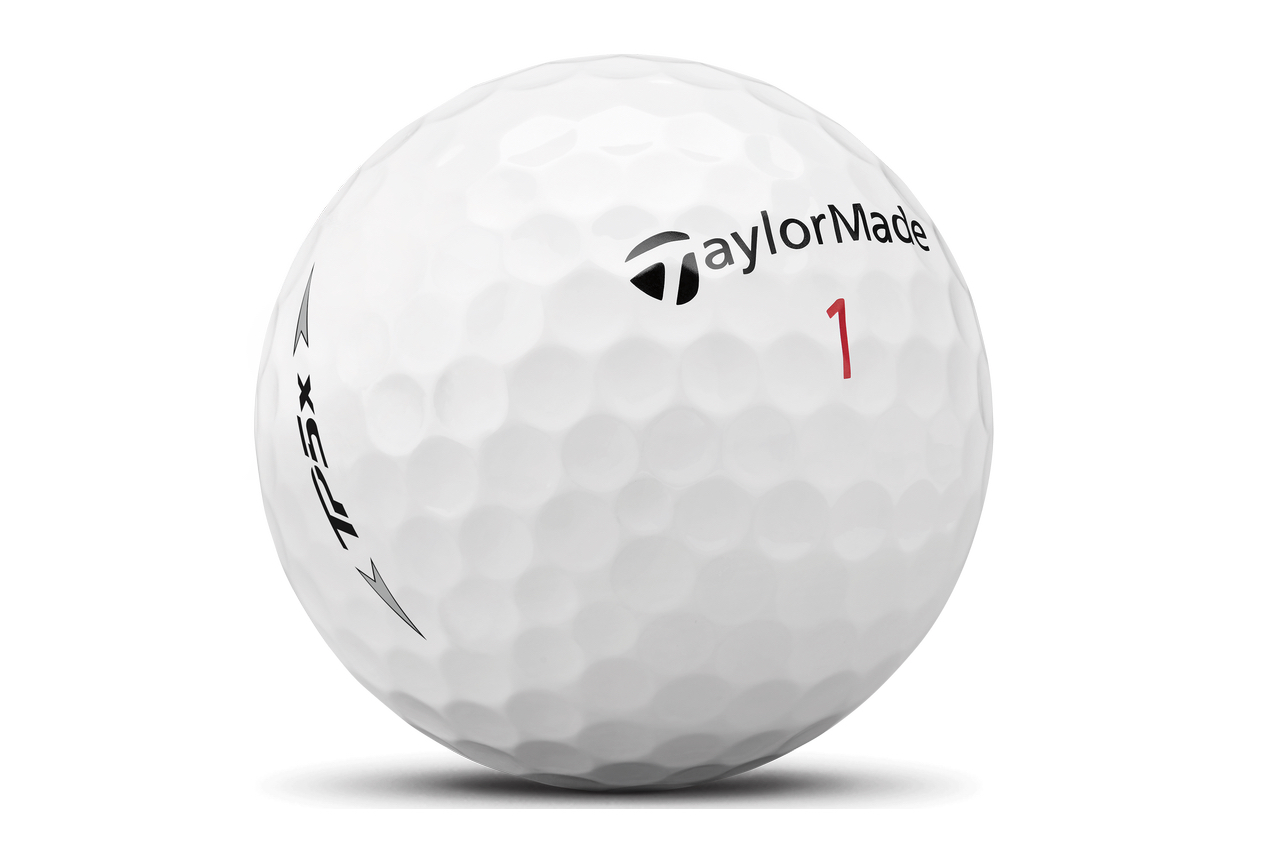 Johnson plays the TaylorMade TP5x ball, a five-piece urethane ball designed to reduce spin and maximize distance off the tee while giving players more spin and control around the greens.

Johnson only plays balls that are marked with a number 1.

Bryson DeChambeau’s Ball Search Pushes Him Out of Masters Hunt